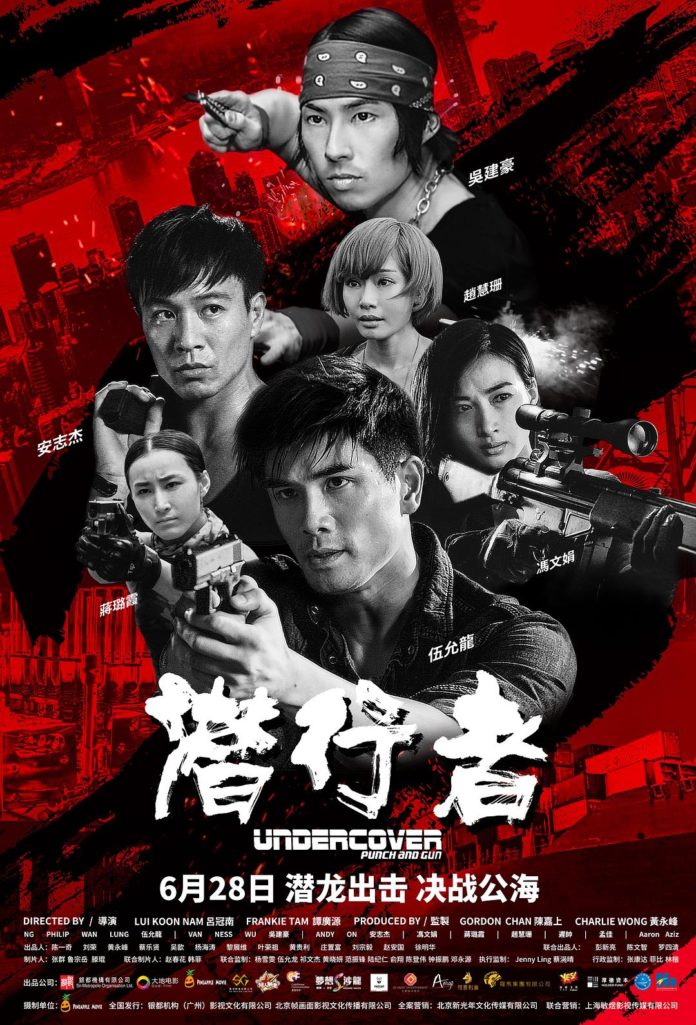 UPDATE: Have a look the latest Trailer!

Check out the Official Trailer for Undercover Punch & Gun starring martial arts stars Philip Ng (Once Upon A Time In Shanghai), Andy On (Abduction), and Vanness Wu (Ip Man 4).

SYNOPSIS: Once in a methamphetamine trade, the undercover police Wu swears with a group tipster Hou Hu. However, the trade is messed up by the former Special Forces members Mai Lin and Eva. The purchaser of methamphetamine is the smuggling king Xia Qiankun, whose base camp is the cargo vessels on the high seas. Xia captures Wu and forces him to hand over the meth owner as compensation. Afterwards, Mai Lin and Eva are willing to help Wu to find the meth owner out, since Xia’s comrade. Wu, Hou Hu, Mai Lin and Eva decide to ally together and fight with Xia Qiankun.