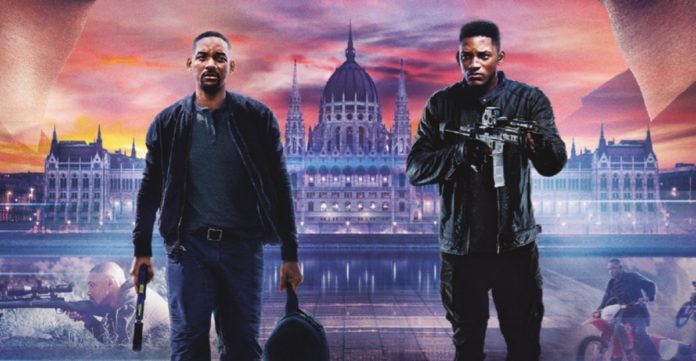 Gemini Man has taken a considerable amount of time to reach the screen, dating all the way back to the late 90’s. The long in gestation sci-fi thriller was originally conceived in 1997 by Daniel Lemke with action legend Tony Scott touted to be at the helm.

Since then it has went through a number of notable directors such as Curtis Hanson and Joe Carnahan with a plethora of acting talent being attached at some point or another. Mel Gibson, Harrison Ford and Clint Eastwood are just a few of the A-listers that were proposed to play the lead.

Only recently Joe Carnahan released a sizzle reel he created to show how a proposed version with Eastwood in the lead may appear. Upon viewing the completed film it is difficult to see what attracted so much talent throughout the years, as even though Gemini Man is a serviceable action thriller, it does not do anything to raise it above similar action fare.

Henry Brogan (Will Smith) is a 51-year-old government assassin who becomes disillusioned with his job. Having trouble with his conscience he decides to retire. Days into his retirement Brogan meets boat rental manager Danny (Mary Elizabeth Winstead), who it later turns out is a fellow agent employed to keep tabs on Brogan.

Brogan does not get time to enjoy his retirement with him discovering from an old friend that his last target was actually innocent, with his agency lying to him about his true identity. With Henry now knowing of the agency’s deception they decide to eliminate him, sending a hit squad.

Dispatching the hit team with ease, he and Danny go on the run. Clay Varris (Clive Owen), the head of a shadowy government agency then becomes involved, dispatching his number one assassin to kill Brogan. After their first confrontation, Brogan realises that the assassin is scarily familiar, with him sharing all the same skills and abilities.

It turns out that the assassin is actually Brogans younger clone Junior. Brought up by Varris, he has been trained to be the perfect killing machine, with his mission of assassinating Brogan being his ultimate test.

Ang Lee may seem a peculiar choice to helm a Jerry Bruckheimer production but Gemini Man is another in a line of features from the celebrated director that pushes the boundaries of current film technology.

With the photo realistic CGI of The Life of PI (2012) to the 120-fps frame rate of Billy Lynn’s Long Halftime Walk (2016) which was a first at the time, it is clear that Lee is not a director scared of experimentation.

In addition, he has shown considerable skill in the past in lensing action scenes, with Ride with the Devil (1999), Crouching Tiger, Hidden Dragon (2000) and to a lesser extent Hulk (2003) all featuring excitingly created action sequences.

Like Billy Lynn’s Long Half Time Walk, Lee has chosen to helm Gemini Man in 3D at the high frame rate of 120 fps. Though Lee’s attempt at creating something unique should be applauded, it could have a detrimental effect on its success at the box office.

One of the main issues with Lee’s choice in shooting it in 120 fps is that a good number of cinemas are unable to show it in this format. Many have had to show a regular version running at the regular 24 fps which dilutes the impact Lee had intended.

Fortunately for myself, I found a local cinema that was showing the film in its intended high frame rate. It does take a time for your eyes to adjust to the shooting style, but this is more to us being accustomed to 24 fps. Once you get used to the faster frame rate you begin to appreciate the fluidity that it brings to the visuals, with the 3D being especially well realised.

However, as interesting as Gemini Man visuals are, they ultimately add nothing to the overall film, with lower budget DTV offerings having more style and depth.

As this comes from the Bruckheimer stable it brings about certain expectations, especially in terms of large-scale action. Surprisingly this is where Gemini Man comes up short, being relatively short on action set pieces. Excluding a minor confrontation where Mary Elizabeth Winstead gets a chance to show off some impressive fighting skills, there are really only 3 main action scenes throughout.

It certainly comes up short when compared to previous Bruckheimer/Smith collaborations such as Bad Boys (1995) and Enemy of the State (1998).

Still, the action involved is mostly well realised, especially Henry and Junior’s first confrontation which begins as a foot chase/shootout before leading on to an exciting motorcycle pursuit. The only drawback from this is some surprisingly sub-par CGI, with the pursuing Junior looking quite cartoonish.

This is another of the film’s problems. With the main attraction being Will Smith going up against his younger self, you would expect the CGI to be flawless. While Junior is in dark rooms and the like he looks almost human, but at other times the effects come across quite animated as if they are from a cut scene of a video game. It would seem that the reported $138 million budget was not enough to make the effects work seamless.

Even though the effects work that surrounds him is not wholly successful, Will Smith does extremely well in his dual roles. As the world weary Brogan, he plays a man that has clearly seen too much and wants to put his violent past behind him. The only issue is that he looks much younger than his 51 years, so it seems a bit strange when people call him an old man.

He also gets to display a good deal of emotion when playing Junior, with his performance shining through the CGI. Even with some extremely poor dialogue, Smith is never less 100% committed to the role.

Mary Elizabeth Winstead similar rises above the limitations of her role, with her being a suitable companion to Smith on his travels, getting her own fair share of the action. Winstead has more action to come in the future with her upcoming role as the Huntress in Birds of Prey (2020).

Clive Owen has recently been featured in a number of roles that are clearly beneath him, with Gemini Man being no different. At first it seems that Clay Varris may be more nuanced than your typical villain with a genuine affection for Junior, but as the film progresses, he becomes just another stereotypical villain.

Including Owen there is a good number of British acting talent involved. Ralph Brown, Douglas Hodge and Benedict Wong all do what they can with paper thin characters, with Wong being especially good as an old ally of Brogan.

Boasting the writing talents of the afore mentioned Darren Lemke as well as Billy Ray and Game of Thrones (2011) showrunner David Benioff, one would expect there to be more thought put into the completed script but this is not the case.

It is not like the producers did not have enough time to spend on it, with there being over 20 years to get it right. There are interesting topics involved around genetics and what it means to be human but for the most part these are overlooked, instead opting for a generic plot and some extremely poor dialogue.

Before viewing Gemini Man I would recommend you lower your expectation. This way you should still have some fun with it. To be honest I had more fun with the similarly themed Jean Claude Van Damme vehicle Replicant (2001) which was made almost twenty years ago on a fraction of Gemini Man’s budget.