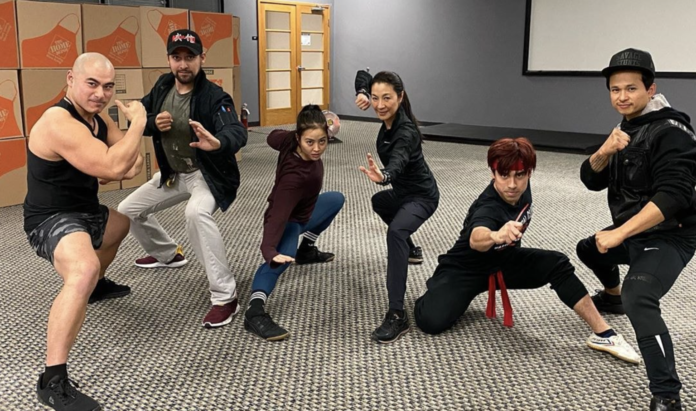 UPDATE: The first Trailer for Everything Everywhere All At Once is here! The film hits theaters on March 25, 2022.

UPDATE: Take your first look at Everything Everywhere All At Once featuring Michelle Yeoh!

The film is set to make its world premiere as the opening night film for the 29th edition of the SXSW Film Festival on March 11, 2022.

Independent entertainment company A24 is teaming up with the Russo Brothers (Avengers: Endgame) to produce the upcoming sci-fi adventure comedy Everything Everywhere All At Once.

Training for EEAO, u shd see his face 😂🤣👊

Even more exciting is that Yeoh is bringing on the Martial Club crew, including brothers Andy Le (The Paper Tigers) and Brian Le (Into The Badlands) along with martial artist D.Y. Sao to spice up the action.