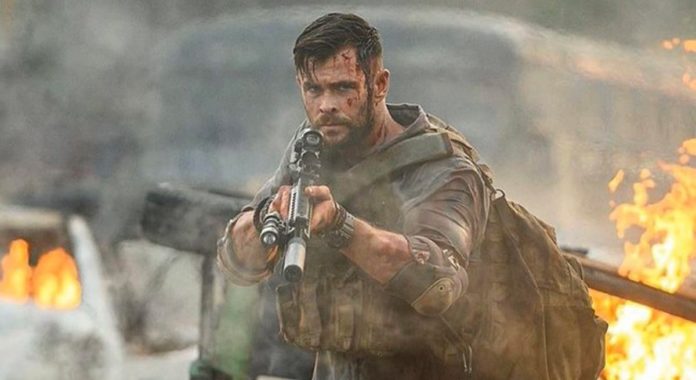 UPDATE: Chris Hemsworth is back and ALIVE as Tyler Rake in the first Teaser for Extraction 2!

UPDATE: Director Sam Hargrave confirmed to Collider that he expects production on Extraction 2 will start this Fall.

“[That’s] still the case, COVID-pending. That’s kind of everyone’s little caveat right now, but we’re moving forward on it as if we’re shooting in the fall. Joe [Russo] is still finalizing the script. We’re all excited to read it. I’ve read different iterations, but I’m excited to read what he turns in. We’re all looking forward to getting back in the saddle and hopefully bringing another action-packed adventure in the ‘Extraction’ universe.”

UPDATE: Producers Joe and Anthony Russo is hoping to start production on Extraction 2 sometime next year.

“Yeah we’re still working on two. We’re in the script phase right now but we’re hoping to shoot that sometime next year. And then you know, say I’m super excited, Hemsworth’s super excited, Netflix is excited so it’s really just a function of getting the script done,” said Joe Russo to Comicbook.com.

UPDATE: It looks like the next installment will actually be a prequel, following the story of Hemsworth’s Tyler Rake before the events of Extraction. Joe Russo recently spoke to Cinemablend with a status update for Extraction 2 stating:

“I started writing the sequel (prequel?) three weeks ago. It’s a great character to write for, with a fantastic performance from Hemsworth. So it makes my job easier. I think the mission is to up the scale on this one, both emotionally and physically.”

Sam Hargrave’s action thriller Extraction broke the Netflix record with 90 million views over the last two weeks of release. It is to no surprise that a sequel is on the way as Joe Russo (Avengers: Endgame) has closed a deal to write the script for Extraction 2.

Russo told Deadline, “The deal is closed for me to write Extraction 2, and we are in the formative stages of what the story can be. We’re not committing yet to whether that story goes forward, or backward in time. We left a big loose ending that leaves question marks for the audience.”

Director Sam Hargrave is expected to return while star Chris Hemsworth’s involvement is still pending until the script is completed.

Which direction would you want the follow-up to go? A prequel to explore Tyler Rake’s past? Or a direct sequel to move the story forward? Comment below.