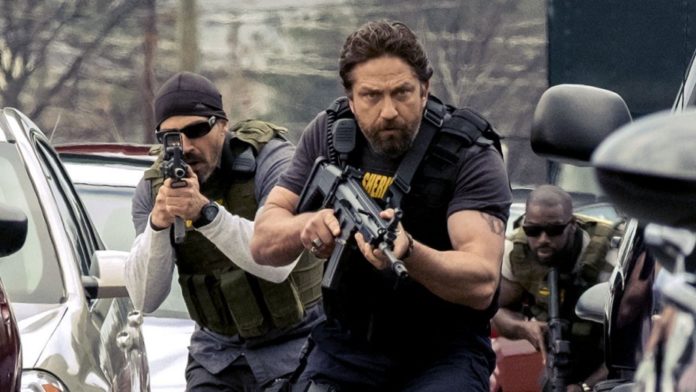 UPDATE: Den of Thieves 2: Pantera is set to start shooting in Serbia and France this spring.

Gerard Butler (Angel Has Fallen), O’Shea Jackson Jr (Straight Outta Compton) and Meadow Williams (Boss Level) are back for the sequel along with Swen Temmel (After).

Curtis “50 Cent” Jackson will be sitting this one out, but is expected to join as a producer.

The follow-up will see Butler return as Big Nick, this time on the hunt in Europe for Donnie (Jackson Jr.) who is embroiled in the dangerous world of diamond thieves and the infamous Panther mafia as they plot a massive heist of the world’s biggest diamond exchange.

UPDATE: Star Gerard Butler confirmed to UniLad that the sequel to Den of Thieves should begin filming some time early next year.

“We’re supposed to shoot early next year. We’re Europe-bound, we’re still on the hunt for Donnie who’s now on the diamond district in Marseilles. I go over to hunt him down, but with different intentions than you might imagine. So we’re gonna be in Marseilles, the Alps, and London – it’s definitely a more glamorous journey than the last one, and probably a more fun, sexy journey,” said Butler.

Speaking to Entertainment Weekly, Gerard Butler (Angel Has Fallen) confirms a sequel to his surprise hit Den of Thieves is officially in development.

“We’re working on that script at the moment, and I’m getting pages daily from (writer/director) Christian Gudegast. It’s a fun ride, spreading across North America into Europe and the diamond district of Marseilles. It’s very cool and has a more European vibe this time. All the fun characters, Big Nick, Donnie, and Lobbin’ Bob [Jordan Bridges], will be back. And I’m really excited about it,” said Butler.

The original film ended with a twist as Butler’s Big Nick is heading towards tracking down Donnie Wilson, played by O’Shea Jackson Jr., in Europe. Jackson Jr. is also expected to return for Den of Thieves 2.