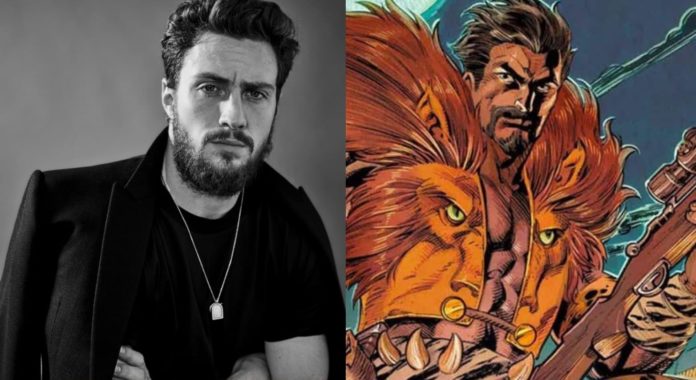 UPDATE: Veteran actor Russell Crowe (Gladiator) has reportedly joined the cast of Kraven the Hunter in an undisclosed role.

UPDATE: Looks like we can put the Keanu Reeves rumors to rest as Sony Pictures has announced that Aaron Taylor-Johnson (Kick-Ass, Avengers: Age of Ultron) is set to headline the Kraven the Hunter solo film. Taylor-Johnson is signed on for multiple pictures which will eventually see him cross path with Sony/Marvel’s Spider-Man.

The screenplay is written by Art Marcum, Matt Holloway and Richard Wenk with Avi Arad and Matt Tolmach producing.

Sony Pictures has reportedly offered the role of Kraven the Hunter to none other than Keanu Reeves (John Wick).

According to The Illuminerdi, “Sony has given an official offer to Hollywood megastar Keanu Reeves to star as Kraven the Hunter in his own Sony solo film. The project is being referred to simply as Kraven,” and not “Kraven the Hunter.” The website further described the tone of the film to be “a mashup of Man on Fire and Logan.”

For those unfamiliar with the character, Kraven is the “world’s greatest hunter” who gained his powers by drinking rare and exotic jungle elixirs given to him by his voodoo priestess lover, Calypso. These elixirs gave him super strength and speed of a savage beast. He received a new purpose in life after he was given a proposal to hunt down the one and only Spider-Man.

Before we get to Kraven, Sony is set to further expand on their “Spider-Man” universe with the upcoming release of Venom: Let There Be Carnage and Morbius.