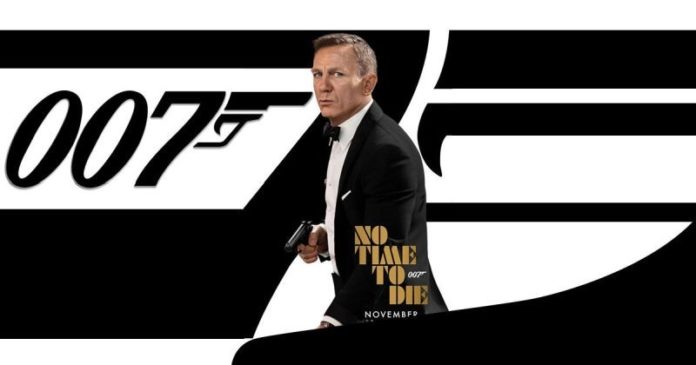 Daniel Craig’s James Bond returns for Cary Joji Fukunaga’s No Time to Die, which brings the Craig era to an end. Unlike previous Bond’s, one of the standout elements of Craig’s movies has been a clear throughline. Each of his movies carries on from the last with them all coming together to form an ongoing story, mainly Bond’s attempts to bring down criminal organization Quantum/Spectre.

No Time to Die picks up right after the end of Spectre, with Bond having retired from MI5 and living with love interest Madeleine (Lea Seydoux). As expected, Bond doesn’t get much time to enjoy his retirement with it being interrupted by a group of Spectre Assassins who are still taking orders from the imprisoned Blofeld (Christoph Waltz).

This attack plants seeds of doubt in Bond’s mind about Madeleine’s loyalties, with the two going their separate ways. Years later Bond is brought back into the fold when old friend and C.I.A. agent Felix Leiter (Jeffrey Wright) enlists his help to rescue a kidnapped scientist. His mission will bring him back into contact with Madeleine as well as a new threat in the form of Lyutsifer Safin (Rami Malek) who is armed with a weapon that could destroy the world.

Bond fans have had to wait a considerable amount of time to see Daniel Craig’s swansong as Bond. Originally scheduled for release at the tail end of 2019, a number of setbacks prevented this from happening. While Covid-19 did play its part in the delay, there were other factors in play well before this that prevented No Time to Die from reaching screens on schedule.

One of the main issues was losing director Danny Boyle early in production. Both he and regular collaborator, writer John Hodge, left the production due to the typical “creative differences”. This of course put things back considerably, with director Cary Joji Fukunaga finally signing on to replace Boyle.

It also didn’t help matters that Craig was injured and required surgery or that the 007 stage at Pinewood was damaged. So, even taking Covid-19 out of the equation, you could say that No Time to Die has been a somewhat troubled production on its journey to the screen.

The big question is though, has it been worth the wait? Yes and no. As an action movie, No Time to Die is filled to the brim with death defying stunts, car chases, hand to hand combat and some extremely well choreographed gunfights. Unfortunately as a Bond film I feel it will go down as one of the most divisive films in the franchise’s history.

While it is admirable that Barbara Broccoli and Michael G Wilson want to introduce new ideas to bring the character more in line with the current cultural climate, it becomes an issue when those ideas impinge on what makes the franchise work. In a number of instances the attempts made by the filmmakers to change up the Bond formula actually do more harm than good.

The clear template Fukunaga is emulating here is Bond classic On Her Majesty’s Secret Service (1969), which No Time to Die has a lot of similarities to. Not only does the plot have a love story at its core but the score from OHMSS is sampled on numerous occasions by composer Hans Zimmer, who turns in a score that is unmistakingly his work but also has the sound of classic Bond.

Fukunaga does bring a good deal of skill to the table, with the visuals and the action all being on point. However it cant be denied, at 2 hours 45 minutes the film is overlong, at least for a Bond film. There are some scenes that could have been trimmed, while at the same time more humor could have been included. Now I’m not looking for something akin to the Roger Moore years, but No Time to Die is extremely po-faced.

While the script from Neal Purvis, Robert Wade, Phoebe Waller Bridge and Fukunaga himself contains some humorous dialogue, it seems to have lost the element of fun that the franchise used to revel in. One could argue this has been the case throughout the Craig era but it seems especially prevalent here.

Plot-wise, there is a good deal here that is classic Bond such as the gadgets, the villains secret lair and Bond girls, but there is also a good number of scenes included that are very un-Bondian (if that is a word). This is especially evident with some of the dialogue scenes, with Craig’s Bond acting uncharacteristically from what we have seen in the past..

Of course, I understand that Craig’s Bond has been slightly different from his predecessors, with him showing a more human side. So am I willing to make allowances for some alterations to the character, as No Time to Die does have higher emotional stakes for Bond than possibly any of his previous adventures.

Still, even with this in mind there will be scenes that will particularly annoy Bond fans. I won’t pinpoint them here, but it is safe to say you will recognize them when they appear. This isn’t to take anything away from Craig’s performance. As expected he is terrific in the role, once and for all cementing his status as one of the franchise’s best Bond’s.

While Craig showing Bond’s softer side does slightly jar from what we have come to expect from the character, he shows he can still be the cold blooded killer when the time comes. One especially memorable scene has him callously dropping a car on top of a downed enemy.

Those concerned about the inclusion of Lashana Lynch as the new 007 needn’t worry, as this is still very much Craig’s show, with him throwing himself right into the action. This is one of the most physical outings yet for Craig’s Bond, and he doesn’t disappoint when it comes to the action.

One of the most impressive sequences is a terrific one take shootout where Craig faces off against Safin’s private army single handedly. This brought back memories of Fukunaga’s work on True Detective (2014) where he previously included a 6 minute uncut tracking shot.

This isn’t to say Lynch doesn’t get her own chance to make an impression, with her sharing a friendly rivalry with Bond throughout that includes some memorable dialogue. She’s also no slouch in the action department.

However, as much has been made of Lynch’s inclusion, her thunder is almost stolen by the stunning Ana De Armas. Her role could probably be categorized as an extended cameo, but what a cameo that is with her personality lighting up the screen. Like Lynch she too gets her own impressive action scenes. The only drawback to Armas’ performance was that there wasn’t more of it.

As well as the newcomers, there are the regular faces, who all do good work in their somewhat limited screen time. Ralph Fiennes once again makes for a commanding M, with his slightly antagonistic relationship with Bond bringing about some memorable dialogue.

Jeffrey Wright returns as Felix after sitting Skyfall (2012) and Spectre (2015) out. I liked the dynamic between him and Craig this time round, with them actually seeming like actual friends, something I never felt in Casino Royale (2006) or Quantum of Solace (2008)

Naomie Harris’ Moneypenny doesn’t get a great deal to do, but she is always a welcome presence, the same is true of Ben Wishaw’s Q and Rory Kinnear’s Tanner who is clearly slumming it in a role quite beneath his talents.

Throughout the whole Bond franchise he has had to face off against some of the most memorable villains in cinema. Sadly some have been mostly forgetful, with the likes of Jonathan Pryce from Tomorrow Never Dies (1997) or Mathieu Amalric in Quantum of Solace (2008).

Well we can now add Rami Malek’s Lyutsifer Safin to the list, whose underpar performance is a major letdown. Malek brings nothing to the role other than a strange accent and the ability to not blink. Fukunaga had commented that Safin is “more dangerous than anyone Bond has encountered”. This is clearly not the case, as while Safin does come across as somewhat strange he is mostly pathetic, posing absolutely no physical threat to Bond.

What is especially disappointing is that they shortchange Christoph Waltz to make way for Malek. I would have been more satisfied for Blofeld to once again be the main villain, with Bond’s final mission being him facing off against his most iconic opponent one last time.

No matter what I say here, Bond fans will still have to see No Time to Die. While it is arguably Craig’s weakest of his five Bond outings (some may argue Quantum of Solace) there is still enough here to enjoy. I think non-Bond fans may actually get more enjoyment as my expectations were probably too high.