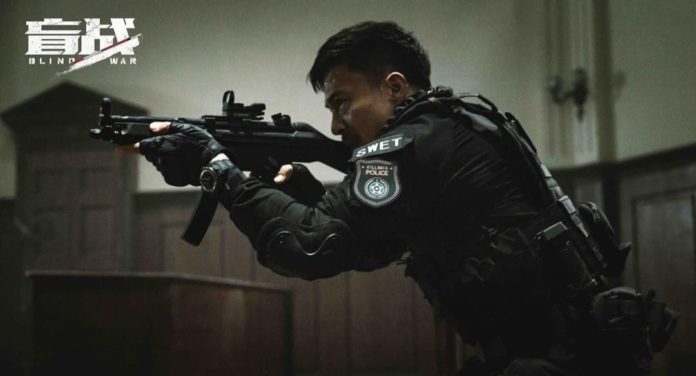 Martial arts star Andy On (Undercover Punch and Gun) goes into Daredevil mode in the explosive Trailer for the action thriller Blind War.

Directed by Suiqiang Huo (Demon Sealer Bureau), the film follows former SWAT captain Dong Gu, permanently injured during a failed mission for which he took responsibility. After gradually getting out of the haze, his old enemy reappeared and threat his daughter.