UPDATE: Have a look at the final Trailer!

UPDATE: Check out the red-band Trailer #2!

‘Mile 22’ has been delayed to open on August 17th instead of August 3rd.

UPDATE: The latest images has arrived including the Character Posters (via USA Today) along with a new release date set for August 3rd. 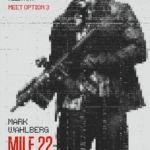 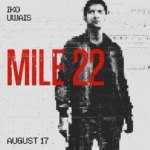 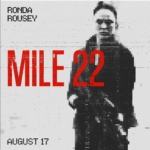 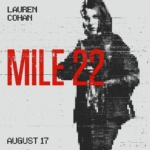 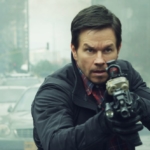 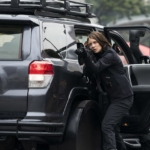 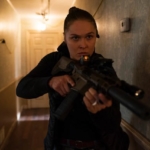 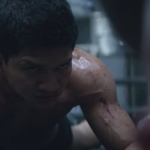 UPDATE: Production has officially wrapped on MILE 22 with STXFilms announcing a sequel, scripted TV series and VR component is already in the works. The movie follows “the story of an elite American intelligence officer who, aided by a top-secret tactical command unit, tries to smuggle a mysterious police officer with sensitive information out of a foreign country”.

‘Mile 22’ is set to explode onto theaters this Summer on August 17th.

UPDATE: RONDA ROUSEY is officially part of the cast of MILE 22 as she shared her first on-set image (via Instagram).

UPDATE: It seems like RONDA ROUSEY may be back on board for MILE 22 as co-star IKO UWAIS posted this image below (via Instagram).

UPDATE: RONDA ROUSEY has been officially dropped from the film. According to MMAIMPORTS a replacement is currently being finalized.

On the bright side, IKO UWAIS is very much still involved with the film. Besides co-starring, Uwais and his team will also be in charge of the action choreography (as seen in his announcement on Instagram below).

UPDATE: Star MARK WALHBERG announces that he has begun training for MILE 22!

UPDATE: Director PETER BERG and star MARK WAHLBERG gave an update on MILE 22 at the CinemaCon event recently revealing that the movie is “an intelligent, adult action film” and they want to make the first film as the start of a trilogy.

A production start date was not announced as Wahlberg is currently not satisfied with the script stating: “I still don’t feel like I have the movie, the role, that defines me.”

It has been 2 years since the project was first announced, so waiting just a wee bit longer to get the script perfectly right should not be an issue. The main problem is the fading star power of RONDA ROUSEY, who lost for the second time in a row in devastating fashion at UFC 207 back in December. That lost may be the last time she will ever step foot back into the octagon.

As of right now, we can assume that Rousey and IKO UWAIS is still involved with the project. Lets hope this film can steer Rousey in the right direction and her star can shine once again, be it on the silver screen instead of inside an octagon.

UPDATE: Production on MILE 22 have officially been put on pause due to the studio’s growing concerns over RONDA ROUSEY’s “acting abilities”.

Rousey is scheduled to make her triumphant return to the UFC octagon on December 30th. She desperately needs a win in order to get her stock value up to restore some faith into the studio heads that she can be a box office draw.

Lets hope for the best and that production can begin sometime in 2017. Stay tuned.

UPDATE: Former UFC Women’s Champion RONDA ROUSEY was originally pitched to be the LEAD in ‘Mile 22’, but apparently her role have been reduced due to her inexperience in the “acting” department.

STX Entertainment chairman ADAM FOGELSON decided to have a well-established actor in MARK WAHLBERG to lead the pack and reduce Rousey’s role to more “action” and less “acting”.

Fogelson stated: “It allows Ronda to do everything she can and should do without having to carry any undue acting weight.”

No words on how big IKO UWAIS’ role is, but do not be surprise if he gets the same treatment as Rousey. But hey, more “action” is not necessarily a bad thing is it? Lets just cross our fingers that Uwais’ role is MUCH larger than what he had in ‘Star Wars: The Force Awakens’.

UPDATE: Looks like PETER BERG will be re-teaming with his ‘Lone Survivor’ star MARK WAHLBERG! According to THE HOLLYWOOD REPORTER Wahlberg is set to headline MILE 22 along with the previously announced RONDA ROUSEY and IKO UWAIS. Berg will be taking on dual roles as director and producer. 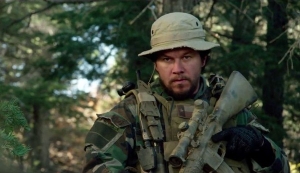 SYNOPSIS: A CIA agent (Wahlberg) stationed in Indonesia who is tasked with transporting a compromised informant from the center of the city to an awaiting getaway plane at an airport 22 miles away. While en route, they must battle corrupt police, criminal overlords and heavily armed locals, all hell-bent on taking them out before they reach their plane.

One week ago, director PETER BERG (Lone Survivor) teased everyone on Instagram with an image of him with UFC Women’s Champion RONDA ROUSEY (The Expendables 3) and ‘The Raid’ star IKO UWAIS.

I got an idea. @iko_uq @rondarousey and a film crew.

Speculations immediately arise if the three were planning to work together on a new project. Low and behold news came out today that they are indeed collaborating on a new action flick called MILE 22!

Berg will serve as producer on the film which will see Rousey and Uwais team-up as “a CIA field officer and an Indonesian police officer forced to work together as they confront violent and extreme political corruption.”

Berg is a huge fan of the pair stating: “I am a huge fan of what Gareth (Evans) and Iko did on both ‘Raid’ films, and I’m very excited at the possibility of working with Ronda and Iko to create a film in the spirit of this new wave of combat cinema emerging from Indonesia. Ronda and Iko will be a very unique and powerful team.”

After Rousey’s dominating performance at UFC 184 two days ago submitting her opponent and retaining her championship belt in only 14 seconds, it looks like she will be taking a mini-break from the octagon. Aside from ‘Mile 22’, she is also attached to another action film called ‘The Athena Project’. And of course we can not forget that Rousey will also be appearing in ‘Furious 7’ hitting theaters on April 3rd.

Big things is in stores for Uwais as well as he will be the fight choreographer for The Raid director Gareth Evans’ next film, ‘Blister’. He will also be making his Hollywood debut in the sci-fi actioner ‘Beyond Skyline’ and the highly anticipated ‘Star Wars: The Force Awakens’.

The future is bright for both of these action stars and fans are in for one helluva treat!