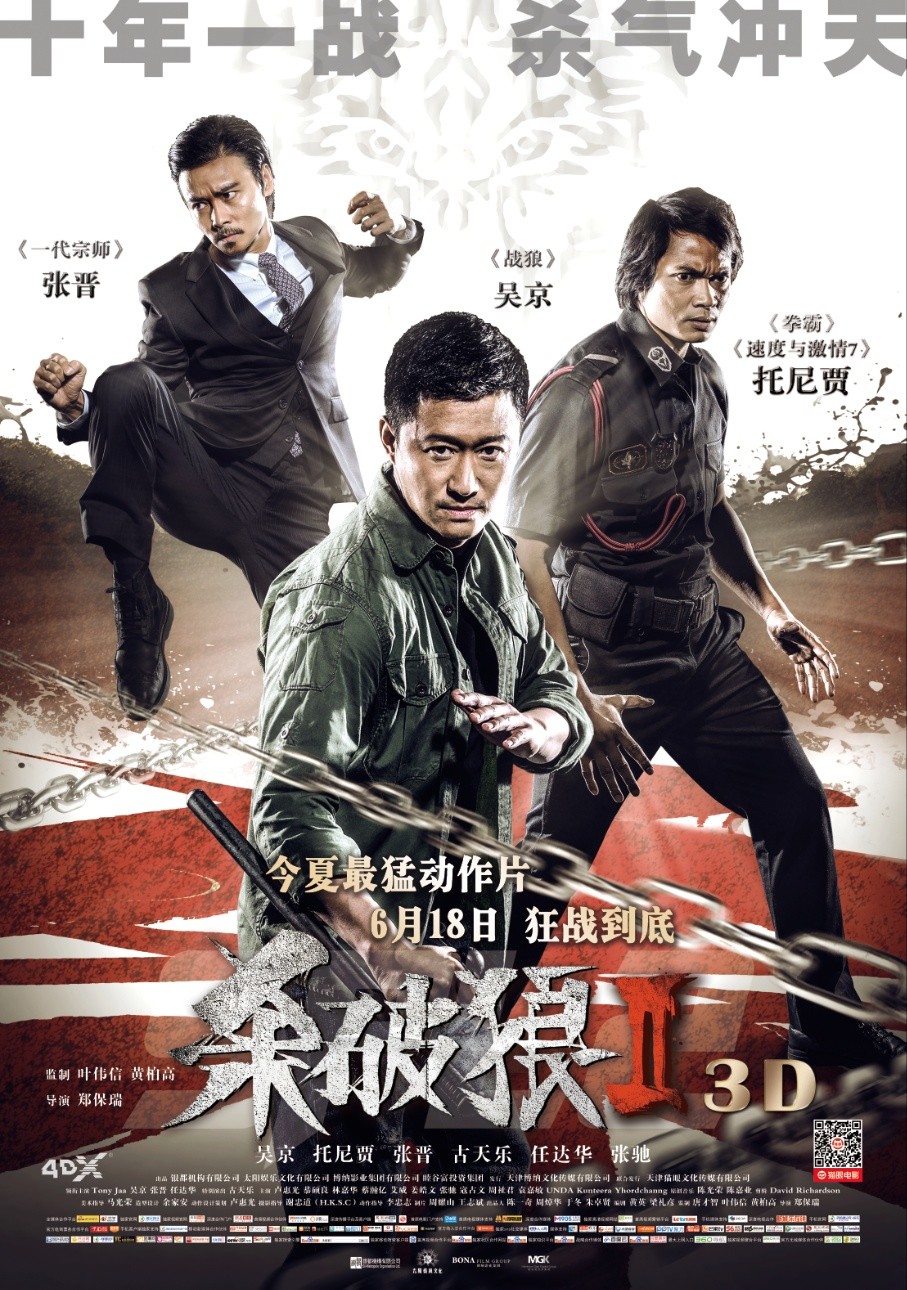 A sequel in name (and theme) only to 2005’s martial arts crime thriller ‘Sha Po Lang’ directed by Wilson Yip, SPL 2: A TIME FOR CONSEQUENCES brings back two key members from the original (WU JING and SIMON YAM) and adding two other martial arts stars in TONY JAA (Ong Bak) and MAX ZHANG (Ip Man 3) to fill in for Donnie Yen and Sammo Hung.

Yip serves as producer this time around while handing over directing duties to SOI CHEANG (The Monkey King). Cheang fills in quite nicely delivering a action packed thriller that captures the essence of the original with a similar dark theme of one’s own choices and dealing with the consequences.

Wu Jing plays a totally different character named Kit, an undercover cop infiltrating an illegal organ trafficking organization lead by Hung played by LOUIS KOO (Flashpoint). Hung himself is ailing from a heart disease and is in need of a transplant. Once Kit’s secret identity was compromised during a sting operation, he was captured and taken to a Thailand prison (serving as a front for Hung’s organ trafficking operation) that is ran by a corrupt warden named Ko portrayed by MAX ZHANG. Things get even more complicated as Kit’s life becomes intertwined with a Thai prison guard Chai (Tony Jaa), whose 8-year-old daughter Sa is dying from leukaemia. As SIMON YAM’s veteran police officer Chan Kwok Wah is trying to do everything in his power to rescue his nephew Kit, things get real bloody and mayhem ensues.

Action choreography is handled by LI CHUNG CHI aka NICKI LI, who have previously collaborated with Wu Jing in such films as ‘Fatal Contact’ and ‘Legendary Assassin’. Despite not being as grounded as one would have liked with so much wire-work being used, Li manages to staged some very exciting and visceral fight scenes. Lets breakdown some of the major fights in the film:

1. TONY JAA vs WU JING – A fairly short showdown, but DAMN is it HARD HITTING. Probably the only fight scene in the film with NO WIRE WORK. The exchange between the two is truly a thing to behold with our first look at Jaa doing Hong Kong style choreography with a mixture of his signature Muay Thai flavor. 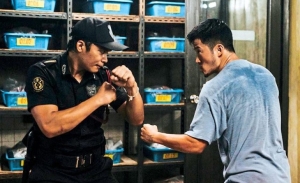 2. Prison Riot Fight – Ala the scene from ‘The Raid 2’, this fight was filmed in a single, unbroken shot that tracks over and under the chaos of Jing, Jaa, and Zhang fighting through countless prison mates. A very unique and intense scene. 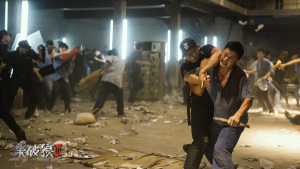 3. ZHANG CHI vs Police Officers in Stairwell Massacre – Similar to Jing’s knife wielding badass character from the original, newcomer Zhang Chi gets a similar introduction with this violent slaughter of multiple police officers on a stairwell. The only different is he uses a smaller dagger but is just as deadly. 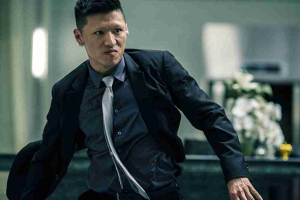 4. WU JING, SIMON YAM, and TONY JAA vs Thugs in Warehouse – Despite the violence that is displayed in this scene with Jing and Yam hacking at thugs with their hatchets, director Cheang chooses to use a slow ballad to compliment the scene. A very strange choice, but it somehow kinda works. The fight also features Jaa doing what he does best: smashing people’s faces with his knees. 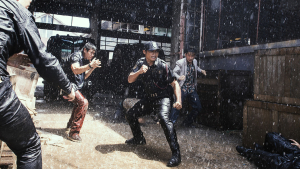 5. WU JING vs ZHANG CHI – This is where director Cheang really tries to recapture some of the magic of the original. Reminiscent of the classic alleyway fight between Donnie Yen and Wu Jing from ‘SPL’, the roles are reversed for Jing as he is now the hero going up against another dagger wielding maniac (Chi). But instead of using a police baton, Jing’s weapon of choice is a tonfa. The director even uses a remixed version of the excellent score from the original to give audiences the same feel of excitement and tension in the fight. The scene does not quite live up to the original, but it is one helluva effort by fight choreographer Nicki Li. Look out for Zhang Chi, who could possibly be a future breakout star. 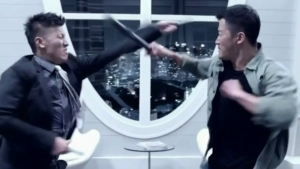 6. TONY JAA & WU JING vs MAX ZHANG Finale – Max Zhang is one badass dude. The man is cool as ice going up against Jaa and Jing AT THE SAME TIME. The fight does contain a lot more wire-work than is necessary considering the skill set that these three martial arts actors possesses. Despite this, the finale was filled with suspense and some very nice exchange including a few signature Jaa elbows to the head. How the fight ends is a nice little homage to the original ‘SPL’ as well. Fight choreographer Nicki Li does a very commendable job, but next time I just wish he cuts back on the wire work (especially in a modern day actioner like this) and leave that kinda stuff in Wuxia flicks. 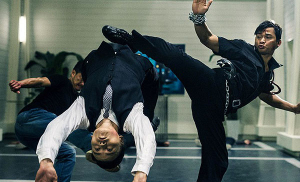 Overall, Jing definitely gave one of his best performances as the audience can genuinely sympathize with what he is going through. Yam is solid as he always is. Zhang was a perfectly cold villain. And last but not least, Jaa’s first foray into Hong Kong action cinema was quite a success. Lets just look forward to the day Jaa can finally work with the likes of Donnie Yen and Sammo Hung so we can REALLY see what he is capable of.