Yeoh is set to play a “mysterious figure from Hundred Eyes’ (Tom Wu) past.”

Creator JOHN FUSCO stated: “Michelle Yeoh is not only a screen legend and one of the greatest international action stars of all time, she’s one of the best actors of her generation. So we are thrilled to have her join one of the most diverse ensembles in television and bring her unique talents to Marco Polo. Her role in the second season is one that’s going to add even more intrigue, mystery, and Asian martial arts to our rich story world.” 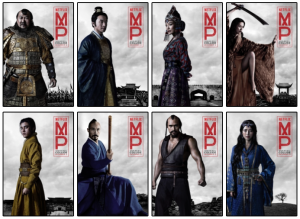