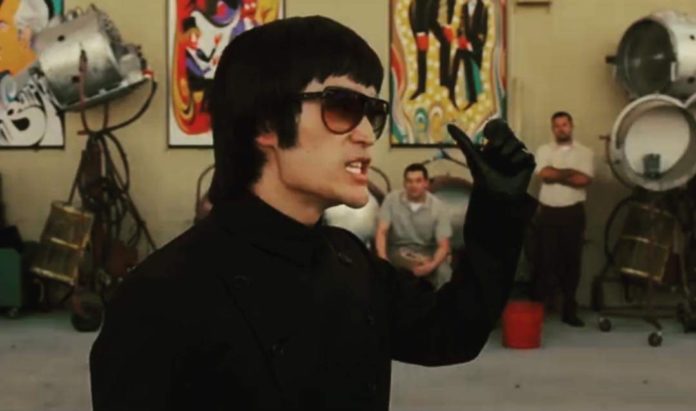 Best known for his role as ‘Ryu’ in the popular web-series ‘Street Fighter: Assassin’s Fist’, martial arts actor MIKE MOH (TV’s Inhumans) is set to portray the one and only ‘Bruce Lee’ in ONCE UPON A TIME IN HOLLYWOOD.

Directed by QUENTIN TARANTINO (Kill Bill), the film is “a story that takes place in Los Angeles in 1969, at the height of hippie Hollywood. The two lead characters are Rick Dalton (DiCaprio), former star of a Western TV series, and his longtime stunt double Cliff Booth (Pitt). Both are struggling to make it in a Hollywood they don’t recognize anymore. But Rick has a very famous next-door neighbor … Sharon Tate (Robbie).”

How does ‘Bruce Lee’ fit into this story? According to THE WRAP, during a brief time after the murder of Sharon Tate and some of their closest friends, director Roman Polanski actually believed that Bruce Lee may have murdered them. Like many Hollywood superstars, including Steve McQueen, Polanski also trained with Bruce Lee. Lee had also given Tate martial arts training for the 1968 film ‘The Wrecking Crew’. Bruce Lee mentioned to Polanski one day that he had lost his glasses. Paying close attention, Polanski believed someone had left a pair of glasses in his home, and detectives predicted that they might belong to the killer. He also knew that Lee was one of the few people who might have been capable of murdering a house full of people…by himself.