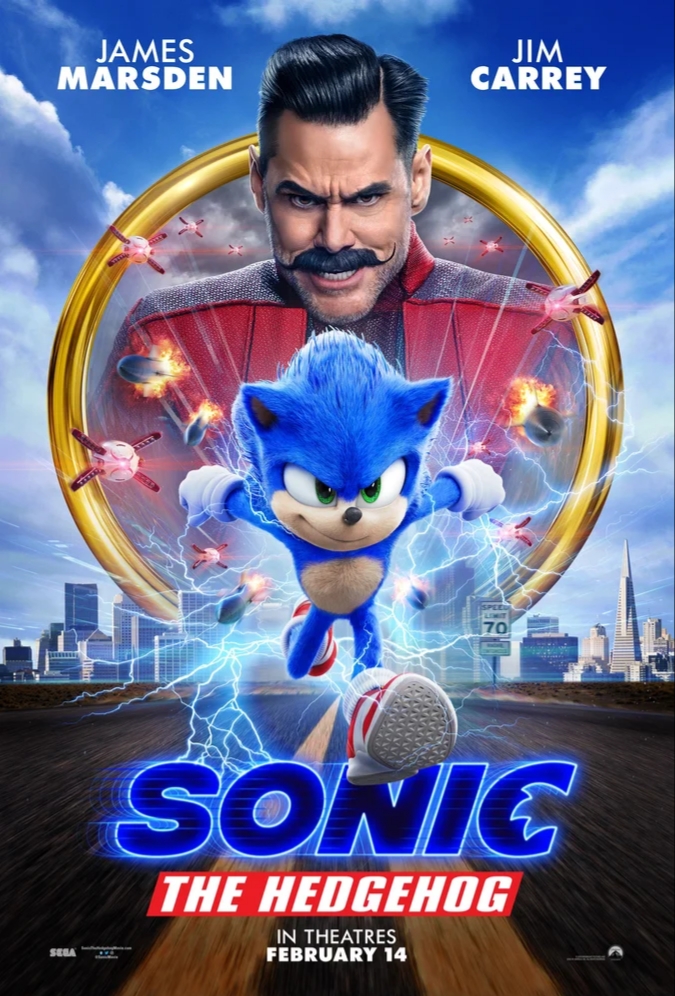 UPDATE: Trailer #2 is here featuring the re-edit of Sonic!

How do you feel about the changes? Does Sonic look much closer to his video game counterpart? Comment below!

UPDATE: Due to the overwhelming negative reaction from fans regarding Sonic’s design, director Jeff Fowler took to Twitter to reassure that the studio will make the necessary corrections to make Sonic perfect for his live-action debut.

Thank you for the support. And the criticism. The message is loud and clear… you aren’t happy with the design & you want changes. It’s going to happen. Everyone at Paramount & Sega are fully committed to making this character the BEST he can be… #sonicmovie #gottafixfast 🔧✌️

However, the redesign process is taking longer than expected, which will push the initial release date back three months to Valentine’s Day 2020.

A Poster (above) has been released for the upcoming live-action adaptation of Sega’s hit video game Sonic The Hedgehog.

Directed by Jeff Fowler and produced by Neal H. Moritz (The Fast & The Furious), Toru Nakahara, Takeshi Ito, and executive produced by Tim Miller (Deadpool), the film features Ben Schwartz as the voice of ‘Sonic’.

Stay tuned for the first Trailer.