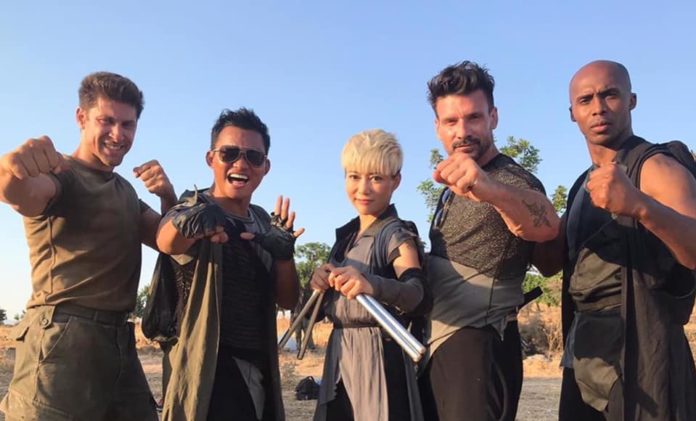 UPDATE: The first Trailer for Jiu Jitsu is here!

UPDATE: Jiu Jitsu is set for release in theaters, On Demand and Digital on November 20, 2020 according to the film’s official Facebook page.

The film will be the first independent film selected for distribution under the umbrella of cooperation between Avenue Entertainment and Paramount Home Entertainment.

Rounding out the rest of the cast is Rick Yune (Olympus Has Fallen) and Marie Avgeropoulos (50/50). Highland Film Group is handling worldwide sales and production is scheduled to begin on June 24.

Synopsis: Every six years, an ancient order of expert Jiu Jitsu fighters faces a fearsome alien invader in a battle for Earth. For thousands of years, the fighters that protect Earth have played by the rules…until now. When Jake Barnes (Alain Moussi), a celebrated war hero and master Jiu Jitsu fighter, refuses to face Brax, the indomitable leader of the invaders, the future of humanity hangs in the balance. Injured and suffering from severe amnesia, Jake is captured by a military squad unequipped to fight the merciless intruder who have descended upon the planet. After a brutal alien attack on the military squad, Jake is rescued by Wylie (Nicolas Cage), and a team of fellow Jiu Jitsu fighters who must help him recover his memory and regain his strength in order to band together and defeat Brax in an epic battle that will once again determine the fate of mankind.

Dimitri Logothetis’ shares that “After we successfully reintroduced the Kickboxer franchise to a new generation of martial arts fans with the sixth and seventh entries in the series, we set out to up the ante with a Sci Fi Martial Arts franchise that could bring the same kind of intensity and longevity to a new arena. Jiu Jitsu is guaranteed to satisfy the millions of martial arts and science fiction lovers across the globe with world class martial artists, stunt men go-to expert Alain Moussi joining superstar Nicolas Cage for some formidable, no holds barred fight sequences set in exotic Burma.”