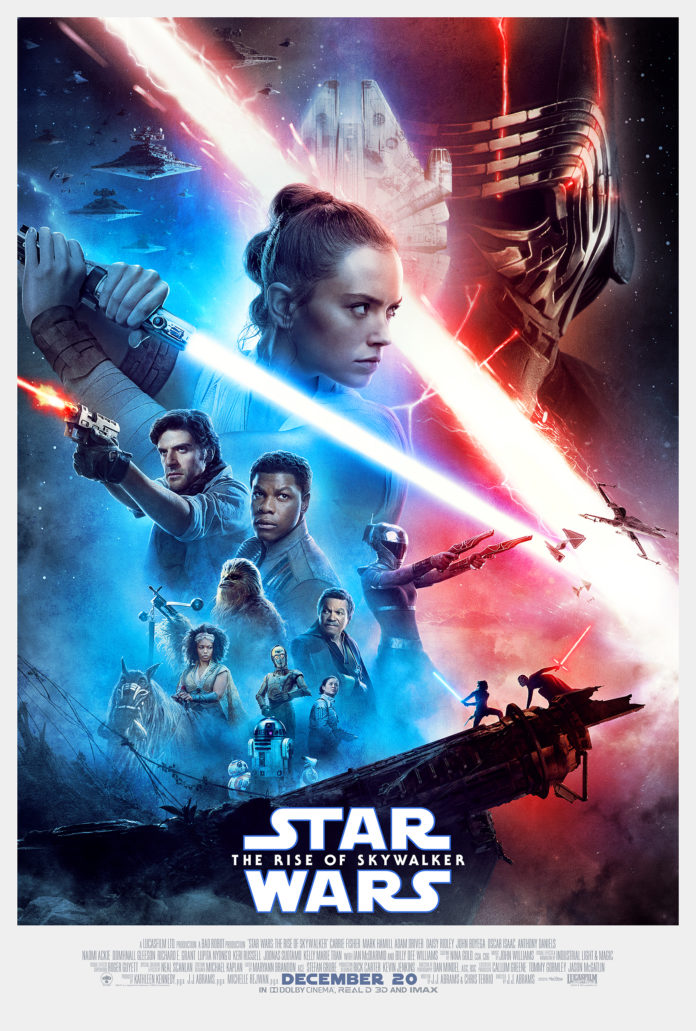 UPDATE: The Final Trailer is here!

UPDATE: The Teaser Trailer has arrived for the highly anticipated conclusion of the Skywalker saga Star Wars: Episode IX – The Rise Of Skywalker.

J.J. Abrams returned to direct this final installment after starting off the new trilogy with The Force Awakens and handing the directing duties over to Rian Johnson for The Last Jedi. The main cast of Oscar Isaac, Daisy Ridley, John Boyega, Kelly Marie Tran and Adam Driver is all set to return with Keri Russell, Richard E. Grant, and Naomi Ackie joining the Star Wars family in the latest film. Die hard fans will also get to see Billy Dee Williams reprising his role as Lando Calrissian.

The Rise Of Skywalker opens in theaters December 20, 2019.