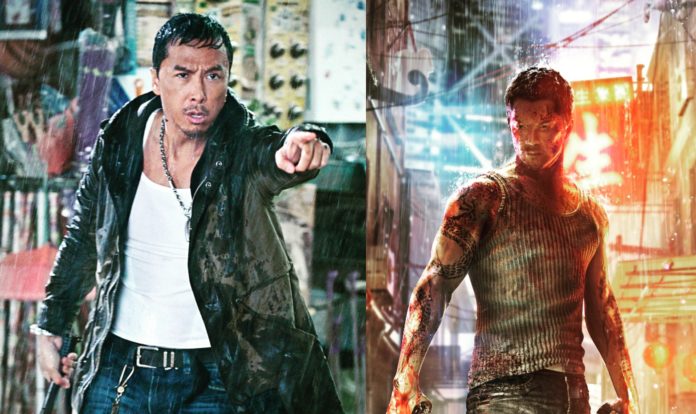 UPDATE: Donnie Yen spoke to Collider and gave an update on the long in development live action adaptation of Sleeping Dogs.

See the FULL interview below.

UPDATE: After more than 2 years from being announced, it looks like Donnie Yen has finally started prepping for Sleeping Dogs! Yen gave an update via his official Instagram.

I am excited to start preparing for the next challenge and aiming to make another breakthrough movie!👌#sleepingdogs #actionmovie #videogames #thenameisWeiShen

“Now I know a lot of people are very excited about Sleeping Dogs, but we still have a way to go in development. Its taken a while but we’ve finally found a wriiter that myself and Neal Moritz the Producer have agreed upon, and he’s got to work on the script, as we really want it to be accurate, we want it to reflect the real Hong Kong and the game. Its been a long journey, we;ve had to deal with some obstacles, Square Enix finally signed off on everything. Its taken a lot of time, international projects just take a lot of time even for prep, in Hong Kong I could have made 5 movies in the time its taken just to get started on this one! The good thing is that we’re all on the same page, we all want this to work and ready to move forward.”

Yen can currently be seen in Disney’s live-action adaptation of Mulan.

The film will be produced by Neal Moritz, the man behind the global blockbuster franchise The Fast and The Furious.

For those unfamiliar with the game, it is set in Hong Kong and follows “Wei Shen, an undercover police officer (Yen) on a mission to take down one of the most powerful and dangerous criminal organizations in the world: the notorious Triads”.

The plot is very similar to 2013’s action thriller Special ID also starring Yen. Despite its awesome MMA inspired fight scenes, the film was a letdown at the box office due to its troubled production.

With Sleeping Dogs, Yen gets a chance to redeem himself and right the wrong of Special ID.

Stay tuned for more details. In the meantime, check out the video below featuring clips from Special ID combined with the soundtrack of Sleeping Dogs (edited by our good friend Danny Ho) to get a feel of what the feature film could potentially look like.