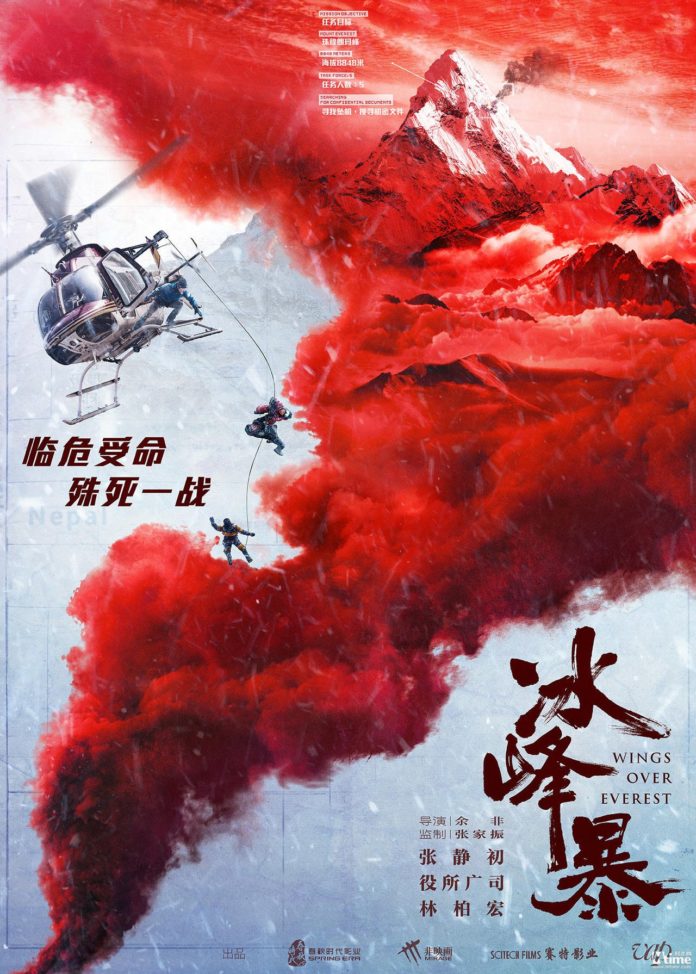 Not to be mistaken for the other Mount Everest thriller The Climbers starring Wu Jing, this Cliffhanger-esque actioner is called Wings Over Everest.

Synopsis: When a plane carrying important documents crashes in the Death Zone of Mount Everest, two men claiming to work for India’s research and analysis department offer a large sum of money to Team Wings to take them up to recover them.