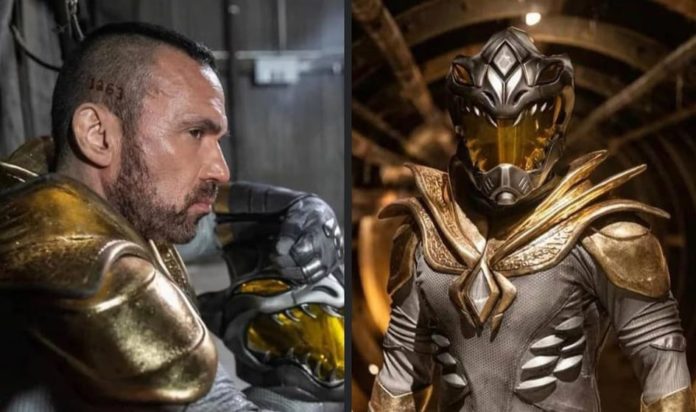 UPDATE: The first Teaser Trailer for Legend Of The White Dragon is here!

UPDATE: Take your first official look at Jason David Frank in full costume from Legend Of The White Dragon.

The full length feature film Legend Of The White Dragon is on the way with none other than martial arts star Mark Dacascos (John Wick: Chapter 3 – Parabellum) joining the cast alongside Jason David Frank and Jason Faunt.

Dacascos plays “Xang,” one of the monks who is sworn to protect the white dragon crystal. He helps Erik Reed (played by Jason David Frank) in his journey to becoming The White Dragon and in his fight against the evil Dragon Prime.

Directors Aaron Schoenke and Sean Schoenke of Bat In The Sun are teaming up to helm the project which will also star Ciara Hanna (Power Rangers Megaforce), Frank’s daughter Jenna Frank, Mayling Ng (The Suicide Squad) and Kevin Porter (Batman: Dying Is Easy).

Official Synopsis: The White Dragon, Erik Reed, has returned home to Virtuo City 3 years later after being defeated in a colossal battle against the ancient overlord, Ashtagor. The crystal he used to become the White Dragon was broken in two as a result of the epic battle, both pieces were subsequently lost. Being blamed for the destruction and collateral lives lost, his identity was outed after the battle thus making him a fugitive from the law.

We now follow Erik on his journey as he teams up with treasure hunters from the past who help him reclaim his power as the White Dragon. Once reunited with his powers, he and his team are now ready to battle a new threat, Dragon Prime, who seeks revenge against the White Dragon. Erik must now try and defeat Dragon Prime in order to get one step closer to clearing his name and being able to protect his family from an ancient evil that still lurks in the darkness… Ashtagor.