NEW posters, a promo spot, and a couple of behind the scenes featurettes for the 3D fantasy epic THE WHITE HAIRED WITCH OF LUNAR KINGDOM have just been revealed! Check out the videos below:

The film stars HUANG XIAOMING (Ip Man 2) and FAN BINGBING (Ip Man, X-Men: Days Of Future Past) in the title role along with martial arts star VINCENT ZHAO (True Legend). This is a reboot of 1993’s classic ‘The Bride With White Hair’ starring BRIGITTE LIN and the late LESLIE CHEUNG. 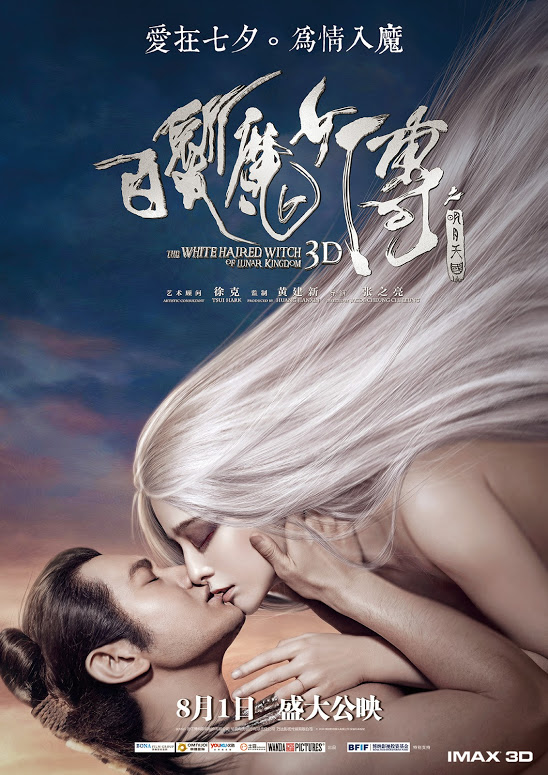 SYNOPSIS: Set in the Ming Dynasty, White Haired Witch tells of the doomed love between Lian Nishang (Fan Bingbing) and Zhuo Yihang (Huang Xiaoming). Yihang, a respected disciple of the Wudang Sect who is poised to become its next leader, is on his way to Beijing to pay tribute to the emperor. On his way, he meets and falls in love with a beautiful woman named Lian Nishang, also known as the Jade Rakshasa. Unfortunately, his Wudang teachers are against the relationship, as are the government authorities, who believe that the Jade Rakshasa was behind the murder of Zhuo Zhonglian, the former governor and Yihang’s grandfather. After Yihang sets out for Beijing to uncover the truth, Nishang hears that he has sworn allegiance to the imperial court and gotten married. Her grief causes her hair to turn white overnight.

Have a look at the character poster featuring Vincent Zhao below: 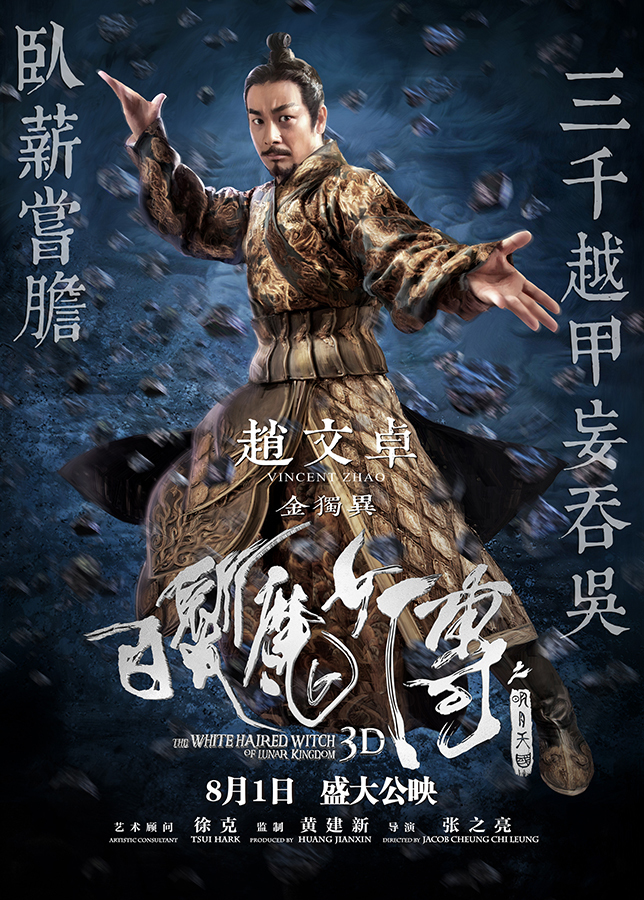 You can also view the rest of the character posters over at FILM COMBAT SYNDICATE.

The film is set to be release on August 1st!