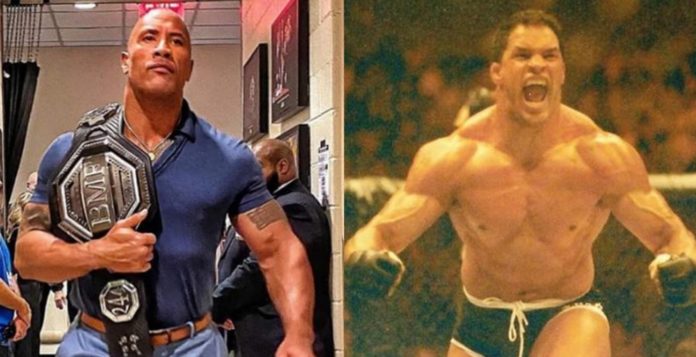 The hardest working man in Hollywood has yet another project in the works. Dwayne Johnson (Hobbs & Shaw) is set to produce, via his production company Seven Bucks Production, and star in a film about former real life UFC champion Mark Kerr.

Kerr was better known as The Smashing Machine, The Titan and The Specimen during his reign as a two-time UFC heavyweight champ. Widely regarded as the best fighter in the world during his MMA career, his life was filled with many obstacles on his way to the top including his addiction to painkillers.

Johnson stated during a press conference over the weekend at UFC 244: “Like all of us, and like a lot of these fighters, he (Kerr) battled these demons — these demons of addiction, these demons of mental health, these demons of getting out and the pressure of fighting in front of 50,000 people and what that does to somebody. Here’s a guy who has gone through it all, hit rock bottom, but the best part about Mark Kerr is that, like all of us in this room and all these fighters, these warriors, is that everyday, we get up and we want to do a little bit better tomorrow than we did today.”

The project is in early development with no studios attached just yet. Stay tuned.