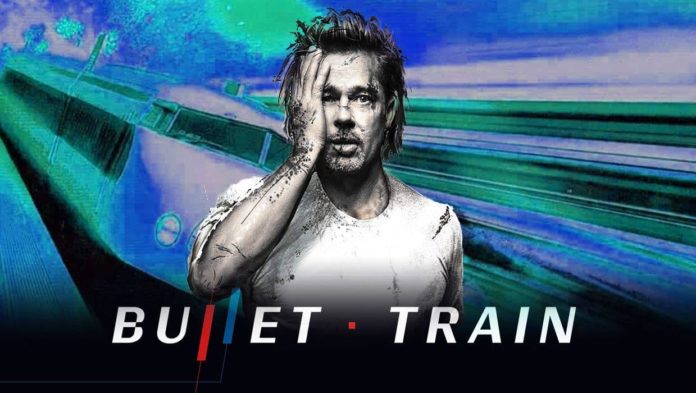 UPDATE: The release date for Bullet Train has been pushed back one week from July 29th to August 5th.

UPDATE: The first Trailer for the all-star studded Bullet Train is here!

Synopsis: Based on the novel “Maria Beetle” by Kōtarō Isaka, “Bullet Train” stars Pitt as Ladybug, an experienced assassin who boards a bullet train and encounters several other professional killers: Prince (Joey King), Tangerine (Aaron Taylor-Johnson), Lemon (Brian Tyree Henry) and Hornet (Zazie Beetz). Also on the train is Kimura (Andrew Koji), a father seeking revenge after Prince put his son in a coma. The killers soon realize that their various targets are all interrelated, and their assignments quickly spiral out of control.

UPDATE: The cast of Bullet Train is getting even bigger with the latest addition being Hollywood sweetheart Sandra Bullock (Speed, Bird Box). This marks Bullock’s first ever collaboration with fellow Hollywood superstar Brad Pitt.

Before he boards this project, Sanada can be seen in next year’s Mortal Kombat reboot as fan-favorite Scorpion.

Koji will play one of the “five assassins who find themselves on a fast-moving bullet train from Tokyo to Morioka with only a few stops in between. Strangely, they discover their missions are not unrelated to each other.”

UPDATE: David Leitch has found his leading man in Oscar winner Brad Pitt (Once Upon A Time In Hollywood) for the upcoming action thriller Bullet Train!

The film is based on a Japanese novel called Maria Beetle by Japanese author Kotaro Isaka. The screenplay will be written by Zak Olkewicz and supervised by Leitch.

David Leitch, the man behind such action blockbusters as John Wick, Deadpool 2, Atomic Blonde and Hobbs & Shaw, has signed on to direct his next action thriller titled Bullet Train.

Leitch will also produce with his 87North production partner Kelly McCormick, Kat Samick and Antoine Fuqua (The Replacement Killers), who was originally attached to direct the project.

The film follows “a group of hitmen and assassins with conflicting motives on a train in Tokyo. The project has been tonally described as Speed, the Keanu Reeves action film set on a bus, meets Non-Stop, the 2014 Liam Neeson thriller set on a plane.”

Production is targeted to start rolling this fall.