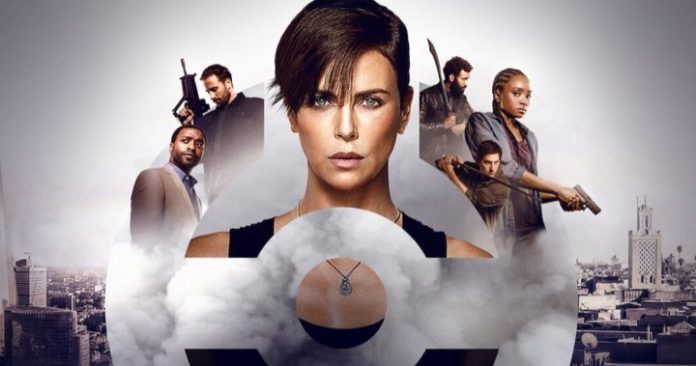 You have to hand it to Netflix, during this lockdown they have truly become a saving grace for action movie lovers, with a variety of movies being released on a weekly basis. Of course, as always, the quality of these films change like the weather. For every Extraction (2020) we are treated to something like The Last Days of American Crime (2020).

Their latest action blockbuster, The Old Guard falls somewhere in between. While it is filled with a variety of entertaining fight scenes and shootouts, it isn’t the total success from Netflix we’re clearly hoping for, with a number of issues stopping it from being a true classic.

Still, for disconcerting action fans, they could certainly do a lot worse, and with the cinemas still on lockdown it is the closest thing you will get to a Hollywood blockbuster this month.

Adapted from the comic of the same name from Greg Rucka and Leandro Fernandez, The Old Guard focuses on a small team of immortal warriors who use their abilities to help those in need.

Led by the centuries old Andromache (Andy) of Scythia (Charlize Theron), the team is made up of Booker (Matthias Schoenaerts), Nicky (Luca Marinelli) and Joe (Marwan Kenzari). Their latest assignment finds them working for ex C.I.A. agent Copley (Chiwetel Ejiofor), where they have been tasked with rescuing a group of kidnapped children from Sudan.

During the mission they realize they have been set up, with the mission being a ruse to capture them so that shady scientist Merrick (Harry Melling) can uncover the secret to their immortality.

It becomes clear to the team that the only way for them to keep safe is to take the fight to Merrick and stop him once and for all. Along the way they recruit U.S. Marine Nile Freeman (Kiki Layne) who has recently become immortal herself and gets drawn into their fight with Merrick.

This marks director Gina Prince-Bythewood’s first full on action movie. More of a drama director, she is better known for the likes of Love and Basketball (2000) and The Secret Life of Bees (2008). She does however have experience of the superhero genre, having directed the pilot episode of Marvel’s Cloak and Dagger (2018).

Considering her career as a more dramatic director, The Old Guard is quite lacking in character development. While she does get good performances from her cast, they aren’t given a great deal to play with.

We know that our leads are tormented by their predicament, but the film doesn’t go into any great detail about their pasts, other than a brief flashback where it shows the early days of Andy and fellow immortal Quynh (Veronica Ngo) and how they came to be separated.

The villains of the piece are also a major drawback, with Merrick coming across as a pathetically perverse businessman that poses no real threat to our heroes.

The dramatic failings of the plot can’t all be laid at the feet of Bythewood, as creator Greg Rucka adapted the script from his own comic. Not being familiar with the comic, I can’t say how faithful the adaptation is, but I am assuming having the originator of the material should mean that it is closer than some other comic book features.

The initial idea of The Old Guard is solid, playing like a modern take on Highlander (1986), with additional gunfights. It even includes the fact that our immortals share some form of psychic connections. If it focused more on the past lives of our characters perhaps the plot would have been more captivating, albeit a bit overstuffed with The Old Guard already feeling overlong at only 2 hours.

Perhaps one of the main issues of the film is that with our heroes being immortal, there is no real risk involved which robs the film of any tension. It does try to overcome this later in the film with one of the teams immortality slowly fading. This at least gives that character’s later fight scenes a sense of peril.

In many instances, when the action is so good in a film it can overcome a film’s dramatic shortcomings. Surprisingly, this is another of the film’s failings. Don’t get me wrong, the action scenes included are all capably choreographed by 87 Eleven action design, but Bythewood doesn’t show their work at its best, either shooting the action too close or cutting the fights so they are incomprehensible.

Additionally, considering the film having a reported budget of $70 million, the action is mostly small scale. Other than the finale, most of the action scenes included feel as if they are over in minutes. There is nothing reminiscent of 87 Eleven’s work in the John Wick series for example.

Still, the cast give the action scenes their all. Charlize shows once again that she is one of the best female ass kickers in Hollywood, getting another chance to show off the fight skills she learned on Atomic Blonde. As mentioned, the action may not be on par with her previous roles, but Theron still manages to impress.

One of the most entertaining fights is between her and Kiki Layne, with it being used as a chance to show both characters capabilities.

Layne also manages to impress, with this being her first real action role. Although she did previously appear in Captive State (2019), this is the first movie where she has been involved in intricately choreographed action. I could definitely see her work here leading to other action roles in the future.

The rest of the team, consisting of Matthias Schoenaerts, Luca Marinelli and Marwan Kenzari are all solid, managing to make more out of their thinly written characters. Of the three, Schoenarts is the clear standout, with his character actually being the only member of the team given a character arc. One standout scene has him emotionally explaining to Layne’s character the difficulties of immortality and those he has left behind. This plays into decisions he makes later on.

Chiwetel Ejiofor is completely wasted as Copley, with him getting very little to do. I was hoping for him to unleash some of the moves he displayed in Serenity (2005), but sadly this wasn’t to be.

Yet another disappointment is the complete waste of Veronica Ngo. This isn’t the first time a Hollywood production has heavily advertised Ngo’s involvement for her to only have a couple of minutes of screen time. Her performance is essentially an extended cameo, although her character is clearly set up for a proposed sequel which hopefully would give her more screen time.

Ultimately The Old Guard wasn’t the action classic I was hoping for, but there’s still enough here to at least make one viewing worth watching. Fans of Theron are sure to be entertained and it should keep you going until the proposed Atomic Blonde 2 enters production.