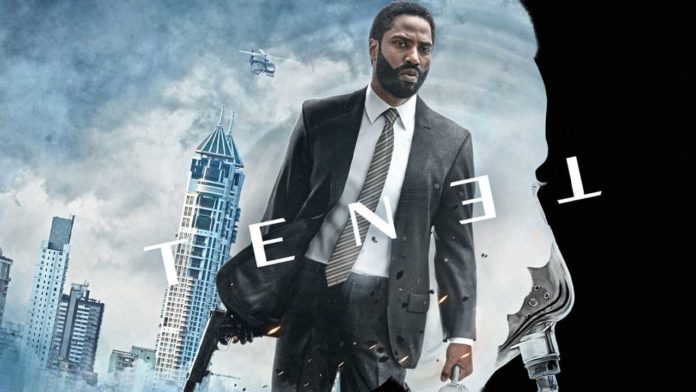 With lockdown restrictions beginning to loosen, Christopher Nolan has given some us a reason to return to the cinema. His latest spectacular action thriller Tenet, would be a massive release in any year, but particularly this year where there has been a sheer absence of big screen entertainment due to the current pandemic, it is probably the biggest release of 2020.

Like his earlier Inception (2010), Tenet is both mind blowing and mind boggling, but those who persevere will be rewarded with a masterful sci-fi adventure that has Christopher Nolan firing on all cylinders. Sure the plot is perhaps overly convoluted, but this makes a change from many of the simple action movies that pass as entertainment recently.

Now, many people may be put off visiting a cinema considering the current situation. This is totally understandable, but as Nolan has shot Tenet on IMAX it really is the best way to view the film. This isn’t to say that it won’t work as a home viewing, just that viewing it on IMAX certainly loans itself to the sheer scale and spectacle of the action.

To say too much about the plot could possibly ruin the film, and to be honest I don’t think I would be able to do it justice in a review. The film follows a C.I.A. agent simply known as the Protagonist (John David Washington). After cheating death on a failed mission in the Ukraine, he is tasked by a secretive organisation with stopping the possibility of an oncoming apocalypse, fighting against forces from the future who have the capability of reversing time.

He is assisted in his mission by Neil (Robert Pattinson), a British Intelligence Officer who may know more about the mission than he is letting on. As well as Neil, the Protagonist has to try and coerce Kat (Elizabeth Debicki) into helping him, as her husband, Russian arms dealer Sator (Kenneth Branagh) is a major component of the oncoming apocalypse.

Nolan has made it abundantly clear in interviews that Tenet isn’t simply about time travel. While time travel is certainly involved, the explanation of inverted entropy goes beyond that. Washington’s Protagonist is shown items that run in reverse where the rest of time moves forward. Guns that suck bullets back into them, fire that freezes rather than burn and people fighting in reverse are just some things that happen thanks to inverted entropy.

Sure it is a head scratcher, with Nolan having great fun with the mind bending aspects of his plot. Having worked on the script for five years, Nolan has made sure he has made something that is specifically different from any other time travel stories.

His previous movies have shown a fascination with time, going back to Memento (2000). Inception and Interstellar (2014) also played around with the dynamics of time. Even Dunkirk (2017), which should have been one of his more straight forward films, was told in a nonlinear fashion, with Nolan showing sequences out of time.

Like a Bond movie directed by Michael Mann while on hallucinogens, Tenet is filled with imagination. The action scenes are masterful and expertly choreographed, with characters inhabiting different time zones. Characters in the foreground may be fighting with a forward momentum where in the background time is moving backwards.

The action must have taken expert planning to get right, as Nolan decided to shoot the majority of Tenet practically. There is no obtrusive CGI here, with the actors doing all the work. In some sequences Nolan has reversed the film, while in others he actually had his cast act backwards. This gives the visuals a distinct look, with cinematographer Hoyte van Hoytema capturing the on screen action beautifully. Previous Nolan films have been guilty of including poorly realized action scenes, with the inclusion of shaky cam ruining and obstructing what the audiences are able to see.

That isn’t the case here, with the action being cleanly presented. Standouts are a restaurant set fight scene where Washington effortlessly takes care of Sator’s henchmen. It is one of the only action scenes of the film that doesn’t feature time inversion. Another is the frankly crazy car chase, where Washington and Pattinson strive to rescue Debicki while cars moving backwards in time chase them.

One complaint that could be levied at the production is that there is a slight coldness to proceedings which in some respects is a fair summarisation. Both the Protagonist and Neil can come across as somewhat emotionless, but this is to do with the characters jobs rather than performances.

Both Washington and Pattinson are excellent. Washington has already impressed with his roles in television show Ballers (2015) and BlacKkKlansman (2018), but this is his largest role to date and moves the actor into blockbuster entertainment. He throws himself into the action showing a clear physicality that could serve him well if he wanted to continue down the action hero route.

Future Batman Robert Pattinson’s role should hopefully quiet all the naysayers who think he isn’t suitable for that iconic role. Like Washington he acquits himself well in the action scenes as well as giving his character an inherent likeability. Both his character and Washington’s facade do slightly crack as the film progresses, with them developing some form of a friendship.

The emotional heart of the film is left to Elizabeth Debicki, who is trapped in a loveless marriage to Branagh’s character. Debicki is terrific even if her role is essentially the same one she played in The Night Manager (2016). In both she plays an abused wife who is married to an arms dealer, with the threat of losing her child being held over her. Still this doesn’t decrease the quality of her work here.

Branagh’s villain is slightly one note but as always he is great in the roles. Smaller roles from the likes of Aaron Taylor Johnson, Dimple Kapadia and Clemence Posey are all noteworthy, with them being imperative to the main plot.

The on screen drama is accompanied by a suitably loud musical score from Oscar winner Ludwig Göransson. This marks the first Nolan film since The Prestige (2006) not to feature a score by Hans Zimmer. Still, Göransson does a fine job, with his score being reminiscent of the works of Zimmer but not so much so that it feels like a direct copy.

For those that feel safe to do so, I would heartily recommend catching Tenet in theatres as its mixture of grand scale spectacle and mind boggling storytelling is truly a sight to behold. Even for those that wait until it’s on home release will be treated to one of the best Hollywood sci-fi movies in years.