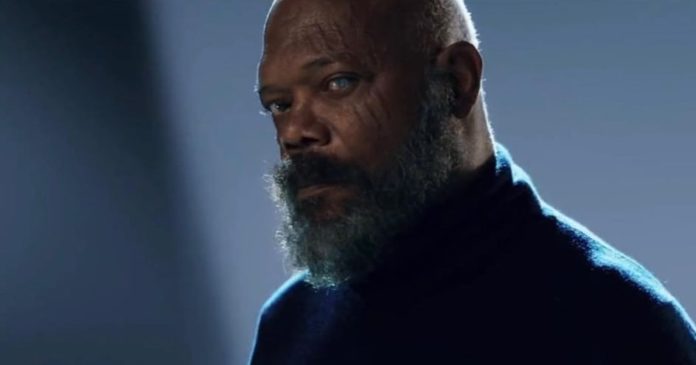 UPDATE: Game of Thrones‘ Emilia Clarke (Terminator Genisys) is joining the cast of Secret Invasion. She will be starring in the series alongside Ben Mendelsohn, Kingsley Ben-Adir, Olivia Colman and of course Samuel L. Jackson as Nick Fury.

UPDATE: Looks like the Nick Fury project has turned out to be Secret Invasion. Samuel L. Jackson will be joined by Ben Mendelsohn as Skrull Talos from Captain Marvel in Marvel Studios’ Original Series, which will see Fury and Talos investigating a sect of Skrulls who’ve infiltrated the highest levels of authority in the Marvel Cinematic Universe.

Samual L. Jackson (The Avengers) is set to reprise his most iconic role once again in an all new Nick Fury series on Disney+. Jackson first made his debut as Fury in a post-credit scene back in 2008’s Iron Man. The character went on to appear in a number of films in the Marvel Cinematic Universe including The Avengers (2012), Captain America: The Winter Soldier (2014), Captain Marvel (2019), and most recently in Spider-Man: Far From Home (2019).

Plot details has not been revealed. Fury was last scene onboard a Skrull ship somewhere in deep space during the post-credit scene in Spider-Man: Far From Home (2019), so we can assume the series will pick up where we left off.