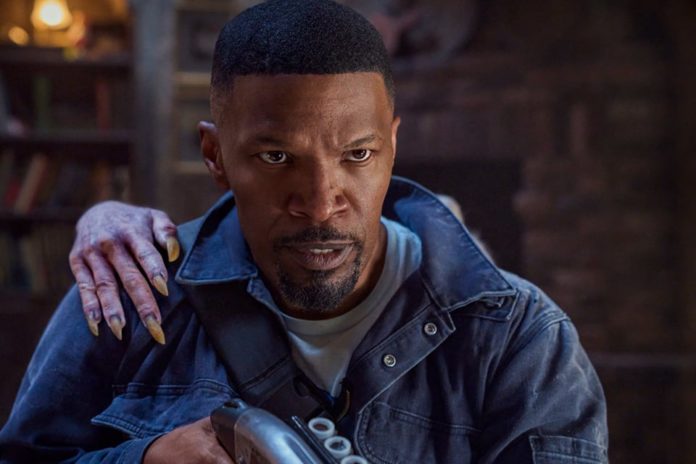 Synopsis: Jamie Foxx stars as a hard working blue collar dad who just wants to provide a good life for his quick-witted daughter, but his mundane San Fernando Valley pool cleaning job is a front for his real source of income, hunting and killing vampires as part of an international Union of vampire hunters.

UPDATE: Have a look at the behind-the-scenes first look at Day Shift!

A veteran in the stunt world, J.J. Perry is best known for working on such action classics as Mortal Kombat, Undisputed 2: Last Man Standing, The Expendables 3, and the John Wick films. Following the footsteps of John Wick directors Chad Stahelski and David Leitch, he is finally given the long overdue opportunity to make the jump as the main man behind the camera.

Sounds like Foxx wants to make his own version of the Daywalker aka Blade.