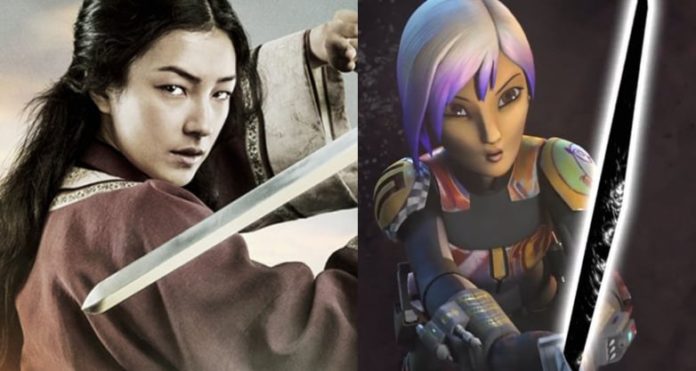 Wren is a character from Star Wars Rebels who is a Mandalorian that went from graffiti artist to an Imperial Academy dropout. She winds up teaming with Ezra, Kanan, Hera, Zeb, and Chopper as they run covert operations against the Empire on their ship named Ghost.

It is rumored that production will begin around March 2022.

After making her impressive debut as Jedi master Ahsoka Tano on The Mandalorian Season 2, Rosario Dawson (Netflix’s Luke Cage) is set to reprise her role and headline the upcoming Original Series Ahsoka on Disney+.

The series is set within the timeline of The Mandalorian.