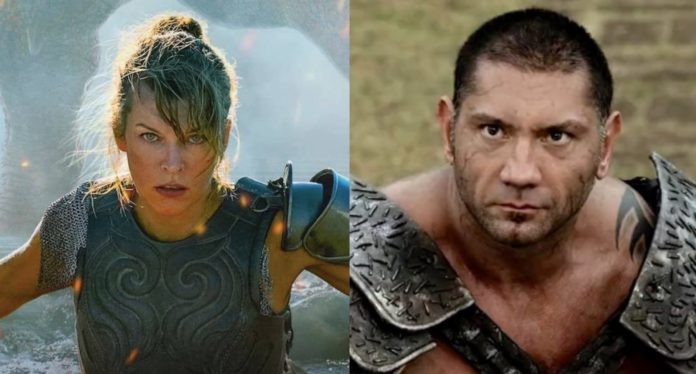 Milla Jovovich (Monster Hunter) and Dave Bautista (Army of the Dead) are set to team up for the live action adaptation of George R.R. Martin’s short story In the Lost Lands. Martin is best known as the author behind Game of Thrones.

Paul W.S. Anderson (Monster Hunter, Mortal Kombat) will direct and produce the film with Jovovich alongside Jeremy Bolt and Constantin Werner as well as Bautista and his producing partner Jonathan Meisner of Dream Bros Entertainment.

In The Lost Lands follows “a queen who is desperate to fulfill her love, so she hires a powerful sorceress named Gray Alys (Jovovich) and sends her to the ghostly wilderness of the Lost Lands, where Alys and her guide, the drifter Boyce (Bautista), must outwit and outfight man and demon.”