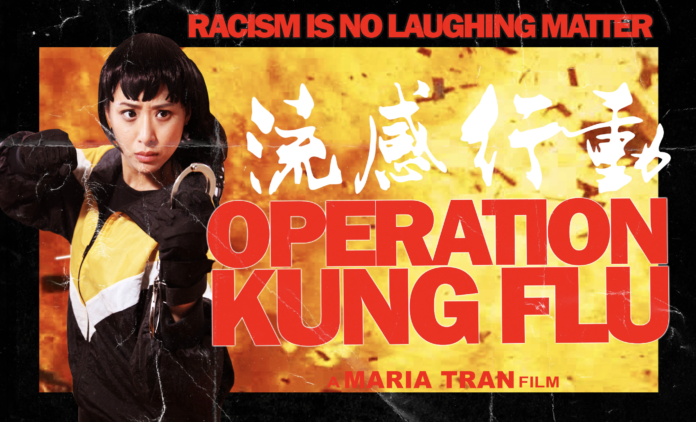 Australian-Vietnamese independent filmmaker Maria Tran (Tracer) through her production company Phoenix Eye in association with Diversity Arts Australia’s program “I am not a Virus” have just released their trailer for short action-comedy film Operation Kung Flu as response to the race related global attacks on Asians.

Synopsis: When a cop from the eighties wakes up in the year of the COVID pandemic, she finds that racism is rampant and justice is scarce. She is sent on a mission to rescue a group of Asians who have been kidnapped by ASS-HOLs—an organization hell-bent on stopping the spread of the virus by resorting to extreme measures… and Kung Fu.

Operation Kung Flu is currently in post-production and Maria and the team are rushing this film to the finishing line to be part of the widespread activism happening across the world as well as a physical launch through Diversity Arts Australia in mid-April.