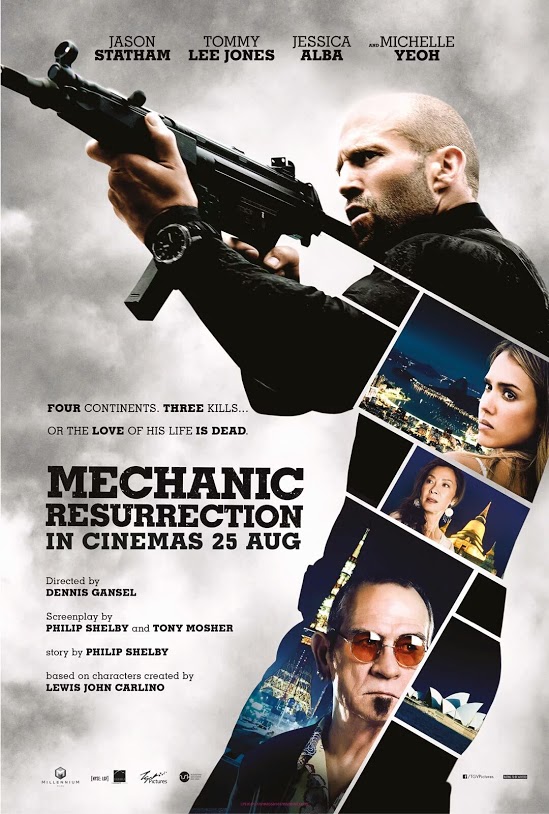 UPDATE: Check out the Poster and FIRST Trailer below! 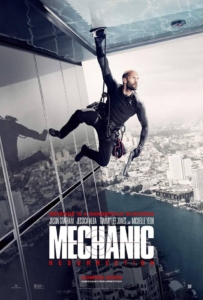 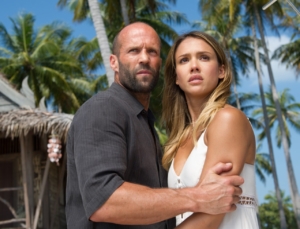 UPDATE: MAAC was recently lucky enough to interview MICHELLE YEOH (via Asian Movie Pulse) during her ‘Crouching Tiger 2’ press junkie and she confirms to us her role in ‘Resurrection’ is simply a cameo when we asked her about the film. 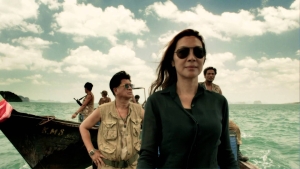 “He’s fun (referring to Statham)! He’s very good at what he does. I actually only have a cameo role. I really wanted to be able to do more because of Jessica Alba and we had a nice time filming. We were in one of the smaller island near Phuket, Thailand. I only had about two weeks with them, which was too short. I play the reliable buddy when he’s in trouble and he needs to go to. A lot of people wanted me to have a bigger role, but maybe next time.”

Look out for our FULL interview with Yeoh coming soon!

UPDATE: FIRST look at the poster for MECHANIC: RESURRECTION! 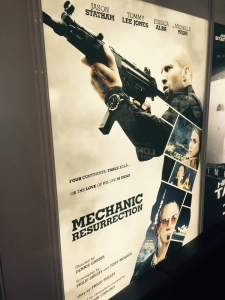 UPDATE: Looks like we have to wait a little bit longer for the film. The release date for MECHANIC: RESURRECTION have been delayed to August 26th, 2016. 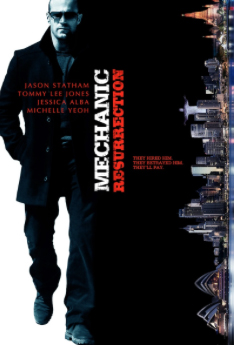 MECHANIC: RESURRECTION is due out in theaters on January 22nd, 2016.

UPDATE: A trio of stars will be joining JASON STATHAM in THE MECHANIC 2 aka MECHANIC: RESURRECTION including martial arts superstar MICHELLE YEOH (Crouching Tiger, Hidden Dragon), 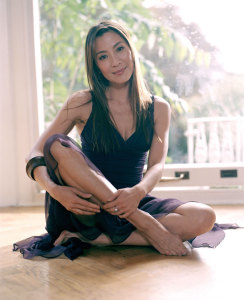 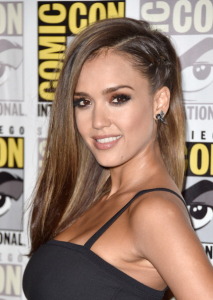 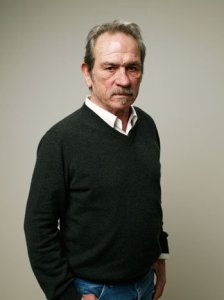 Looks like JASON STATHAM (The Expendables) may be starting another action franchise after ending his run as ‘Frank Martin’ in ‘The Transporter’ series. The sequel to 2011’s modest hit THE MECHANIC is in the works and Statham is set to return as elite hit-man ‘Arthur Bishop’.

The IMDB page for THE MECHANIC 2 was recently updated with plot details and a production start date of October 1, 2014.

SYNOPSIS: Arthur Bishop thought he had put his murderous past behind him when his most formidable foe kidnaps the love of his life. Now he is forced to travel the globe to complete three impossible assassinations, and do what he does best, make them look like accidents.

Filming location includes many exotic places such as Thailand, Brazil, and Bulgaria. Director DENNIS GANSEL (The Fourth State) will be taking over for SIMON WEST.