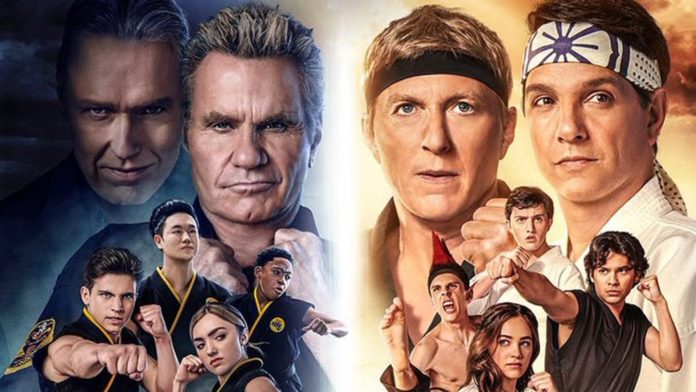 UPDATE: Check out the latest Trailer for Season 4!

UPDATE: It’s not just a tournament, it’s the battle for the soul of the valley. Cobra Kai Season 4 is coming this December to Netflix.

Synopsis: Season 4 finds the Miyagi-Do and Eagle Fang dojos joining forces to take down Cobra Kai at the All Valley Under 18 Karate Tournament… and whoever loses must hang up their gi. As Samantha and Miguel try to maintain the dojo alliance and Robby goes all in at Cobra Kai, the fate of the Valley has never been more precarious. What tricks does Kreese have up his sleeve? Can Daniel and Johnny bury their decades-long hatchet to defeat Kreese? Or will Cobra Kai become the face of karate in the valley?

Josh Heald, co-creator and executive producer of Cobra Kai, recently teased what fans can expect from the upcoming season.

“All I can say is, it was really important for us to end season three the way we did, with ‘Yeah!’ as a feeling, as opposed to ‘Ah,’ where Season 2 went. We want to deliver on that feeling, and we want to keep providing the dopamine that generates that good feeling. We want to make sure we’re delivering on goosebumps, on tears, on belly laughs and fist pumps. It’s the same recipe with different tastes and everything else, but it’s even bigger. We’re really, really proud of what we’re making so far, and I know everybody… I can’t wait for you to see what everybody’s doing,” said Heald at a recent panel discussion called Paley Front Row Presented by Citi: Cobra Kai.

Cobra Kai Season IV is expected to debut on Netflix during the fourth quarter of 2021.