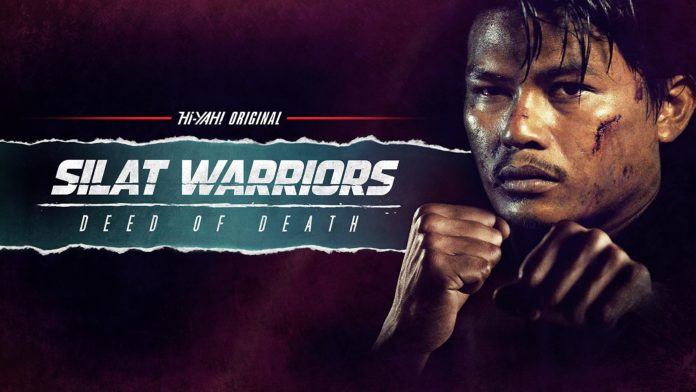 The martial art of Silat has become increasingly popular in the past number of years, primarily due to the success of Gareth Evans’ The Raid (2011). Of course it had appeared before that, with films going as far back as the late 20’s and early 30’s. The now sadly Si Ronda (1930) is one of the more famous films of the time to feature Silat. Gareth Evans even displayed it with his earlier Merantau (2009) which featured his first collaboration with Iko Uwais.

With hundreds of different schools and styles, Silat is practiced throughout the world, mainly in countries such as Malaysia, where it is known as Silat Melayu or Indonesia where it is better known as Pencak Silat. While these may be two of the better known regions it is also practiced in Southern Thailand, Singapore, and Southern Vietnam to name a few.

Since the success of The Raid films it has shown up in such action hits as The Night Comes for Us (2018) and Maylasian production Wira (2019). Once again it is another Malaysian actioner that showcases the martial art, this time with Silat Warriors: Deed of Death.

Released nearly two years ago, Silat Warriors (or Geran to go by its original title) is finally being released stateside by those good people at Well Go USA. While it is certainly rough around the edges there is still enough fight action here to satisfy most martial arts film fans.

Pak Nayan (Namron) is a local Silat teacher who has passed on his skills and knowledge to his three children, Ali (Khoharullah Majid), Fatimah (Feiyna Tajudin) and Mat Arip (Fad Anuar). Mat Arip is the blacksheep of the family, with a serious gambling addiction continuously bringing misfortune to him and his family. One of his poorest decisions is when he gambles away the deed of his family’s land to local loan shark Haji Daud.

Like many compulsive gamblers, Mat Arip’s solution to this problem is to get involved in more gambling, with the hope he will earn enough to buy his way out of his predicament. As expected things don’t go his way, with him ending up in the clutches of Haji Daud. Now it’s up to Ali to face off against Daud’s men in order to rescue his brother.

Silat Warriors was clearly a labour of love for those involved, with director Areel Abu Bakar not only wanting to show off the violent side of Silat, with him including a strong focus on the spiritual aspect of the martial art, something that isn’t always apparent in Hollywood based martial art films.

Before we get to the bone crunching action we are shown a fair number of scenes where Khoharullah Majid’s Ali discusses the purity of Silat with one of the village elders and what Silat means to them and their way of life.

Namron gives a dignified turn as family patriarch Pak Nayan and while it’s clear that the younger cast members were probably hired more for the martial arts expertise, they still do a decent job of holding the audience’s attention during the more dramatic scenes. I must say however that Fad Anuar’s Mat Arip was so annoying that I found it hard to care about his predicament or even generate any sympathy considering what he ultimately puts his family through.

The village setting to me was reminiscent of action classic Ong Bak (2003). Although Silat Warriors is unable to live up to the comparison completely, its combination of the values of village life and the emergence of Majid’s Ali as the pure of heart hero certainly puts it in the same ballpark.

Even visually, the colour palette and some of the camera work put me in mind of Prachya Pinkaew’s work as well as some shots emulating the previously mentioned Gareth Evans. During the action Areel Abu Bakar includes some interesting camera movements which add greatly to the overall excitement of the fight scenes.

It’s unsurprising that Bakar includes some striking imagery. Although this is his first full length feature as director, he has consistently worked previously as a cinematographer for the past decade.

Bakar takes his time to build up to the action. In fact, the opening of the film had me slightly worried with its mish mash of plot threads and genre styles. At one moment we have a drama about rural life, then all of a sudden we are in kick ass martial arts territory only to transition to extreme looking car chases which felt like an extremely low rent knock off version of Fast and the Furious (2000).

Thankfully the car chases don’t feature heavily and the film settles into a full blown martial arts thriller around the halfway mark. Smartly, director Bakar doesn’t unleash Majid’s skills until the final third of the film which helps build up the tension, as the audience are unaware of his actual abilities. One bonus of casting a relatively unknown.

Up until that point, the smaller scale martial arts skirmishes are left to Fad Anuar and Feiyna Tajudin, with Tajudin getting one of the better action scenes during this section of the film with her fending off a group of hoods that starts in a street market before transitioning to the local docks.

Of course, anyone who has seen The Big Boss (1971) will recognise the storytelling device of the hero who is reluctant to fight, knowing it’s only a matter of time before we get to see Majid kick ass.

When Majid is finally unleashed he doesn’t disappoint, with the final 25 minutes of the film essentially having him work through an army of goons on his way to rescue his brother. Unlike The Raid, there isn’t much in the way of bloodletting, with Silat Warriors focusing more on hard hits and bone breaking. Like Tony Jaa during the finale of Tom Yum Goong (2005), you will lose count of the amount of legs, arms and heads being broken.

Now, not all the action is perfect. While Azian Komeng does a decent job of the fight choreography, on some occasions the moves of the performers seem slightly stilted. I felt this mostly with Fad Anuar’s fight scenes. Although he is clearly a gifted martial artist (or at least appears to be), some of his moves did seem overly choreographed. The best of his fights, where this is least obvious, takes place on a bus where he tries to tight off a group of gangsters who just keep coming.

Additionally, a handful of the fights are over edited, with it looking as if cuts were made to cover the limitations of the performer, which I don’t think is actually the case. Still, these are minor quibbles considering the production was working with a shoestring budget and had to make due with the footage they had. I was more impressed after viewing when I learned that the film was also self financed which should be equally commended.

There are certainly better action films out there but Silat Warriors will certainly scratch the itch of anyone jonesing for a quick martial arts fix. It is also a terrific calling card for the cast and crew showing off what they are capable off with such limited resources.