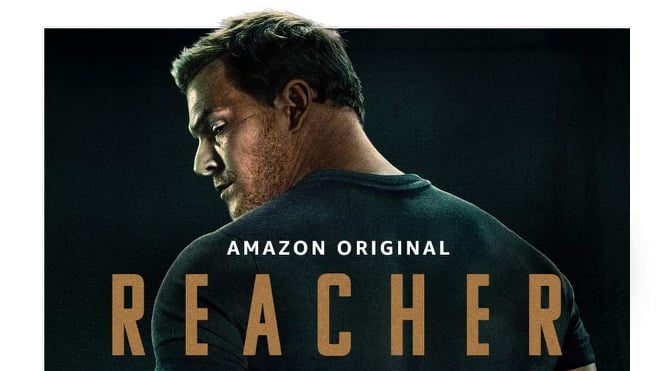 UPDATE: Check out the Trailer for Reacher below!

Originally played by Tom Cruise in the big screen adaptations of Jack Reacher, DC’s Titans star Alan Ritchson takes over the role for the small screen.

Reacher is a new series that will see the 6’4” Ritchson in a more accurate interpretation of the title hero.

Get your first look at Alan Ritchson in ‘Reacher,’ which author Lee Child calls a ‘perfect’ adaptation. https://t.co/hIVkkZU3VC

“When I picture Reacher, let’s say you’re in a bar or restaurant, the door opens, he steps in, and the temperature in the room drops by a degree, because people think, ‘What the hell is this?'” says creator and executive producer Lee Child to Entertainment Weekly.

Regarding Reacher’s fighting style, Ritchson stated, “I felt intimidated learning the fight choreography. This fighting style, I was on my heels, wondering if I could pull it off. It’s so precise… We rebuilt me as a fighter. Some of the fights that we spent a month and a half learning are just three minutes on screen, but the fans deserve to see somebody move the way that a killing machine like him can.”