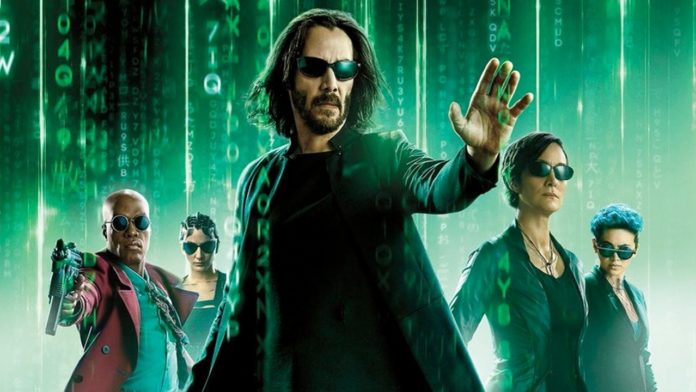 Oh dear. That’s the main thing I thought during the closing credits of The Matrix Resurrections. Was this really the film fans waited 18 years for? I must admit that I was mostly on the fence when I initially heard they were planning to make a fourth entry in the Matrix franchise. I felt that The Matrix Revolutions (2003) pretty much brought things to a definite, albeit unsatisfying, conclusion.

Still with Lana Wachowski, one of the original directors returning (Lily Wachowski sitting this one out) I was willing to give them the benefit of the doubt.  Even so, I still entered the theater with lowered expectations, but still somewhat optimistic, thinking that even if Resurrections didn’t live up to the original, that this belated sequel could at least bring the series to a more rewarding conclusion than its predecessor.

As my luck goes, this wasn’t the case, with The Matrix Resurrections not only being the poorest film in the series, but one of the poorest big budget blockbusters of the year. It is hard to believe it is from the same person who brought us the trailblazing original, with everything that made that film a standout being sadly absent, with this new journey down the rabbit hole proving to be a convoluted mess.

The film isn’t totally devoid of ideas, with Lana co-writing the script with famed author David Mitchell of Cloud Atlas (2012) fame, as well as Aleksandar Hemon. The three had previously worked together on the television series Sense8 (2015).

In fact, Resurrections has a handful of interesting ideas around identity, destiny, reality and evolution. But how all these ideas are brought together make Resurrections feel more like poor fan fiction than a satisfying film experience.

The filmmakers have taken a very meta approach to the material which initially was quite fun. Our return to the Matrix finds Neo (Keanu Reeves) mysteriously back in the world of the living after his apparent sacrifice in Revolutions. Back to being plain old Thomas Anderson, Neo now believes he is a game designer who is famous for creating the world famous Matrix trilogy. It gets more Meta from there where it turns out he works for parent company Warner Brothers, who, get this, wants him to make a 4th Matrix. Told you it was meta.

Wachowski and her co-writers have fun with these scenes, with characters having discussions on what audiences expect from a sequel, with one character saying it shouldn’t all be explosions and fight scenes. Sure Lana, that may not be all the audience wants but there should still be a decent amount of that. See it is a Matrix film after all, which comes with certain expectations.

Neo is living a lonely existence, with him visiting his therapist (Neil Patrick Harris) regularly who reassures him that his delusions about the Matrix are all in his head. On some occasions he sees a familiar looking woman called Tiffany (Carrie Anne Moss) visit his local coffee shop. Tiffany reminds him of Trinity from his game. Could this be a coincidence?

Of course not. We all know that there was no Matrix game (well technically in the real world there is but the less said about that the better), with everything Neo remembers actually being fact. He just needs some help to remember and this is where Bugs (Jessica Henwick) comes in, with her knowing the truth about Neo and wishing to free him from the constraints of the Matrix. All Neo has to do is believe.

Along for the ride is Morpheus (Yahya Abdul-Mateen II), or Morpheus 2.0 as he turns out to be a virtual construct based on the original character. All he and Bugs have to do is fight against the swarm of Agents who are trying to stop them from freeing Neo’s mind. The main question is, once Neo is free will he really be the leader everyone expects him to be?

Ultimately the plot of The Matrix Resurrections seems pointless, with it simply being made as a cash grab. Now this could be argued with any sequel, as producers just want to continue the success by offering up more of the same. The problem with Resurrections is that it makes everything that came before seemingly futile. What was the point of the last 3 films if we are to be shown that nothing Neo did really made a difference.

Certain scenes had the audience in attendance break into embarrassing laughter, such as the scene where Jessica Henwick’s Bugs strangely hugs Yahya Abdul-Mateen II only minutes after meeting merely because he says he is Morpheus. The way the scene plays out is as if she has been reunited with a long lost family member, not someone she has just met.

And in regards to Mateen II, his version of Morpheus is certainly memorable, for better or worse. This is in no way a discredit to the actor as he does fine with the material he is given, but the main issue is that in no way shape or form is this character anything like Laurence Fishburne’s Morpheus. Mateen’s take on the character is more flamboyant and has a lot of personality considering he is merely a program.

Additionally, a fair amount of the dialogue leaves a lot to be desired. Unlike the previous three films, the pseudo intellectual dialogue is kept to a minimum. However there is a surplus of ex-positional dialogue throughout. It would seem that the filmmakers would rather tell the audience than show, because of course this is what everyone wants from a Matrix film. Forget the exciting stuff, how about we just have a wee talk round the table.

It would be fine if this expository dialogue was well written, but considering the pedigree of writing talent involved I was surprised in its quality, with a lot of the characters’ line delivery feeling forced or unnatural.

Now in some instances this could be attributed to the actors. As much as I love Keanu Reeves, he isn’t the finest thespian out there. Still, even Laurence Olivier would struggle with some of the lines in this script. Still, Keanu is able to overcome this by simply being Keanu Reeves, although this is not the triumphant return to one of his most iconic characters that fans would have hoped for.

And, considering her second billing in the credits, Carrie Anne Moss has considerably little screen time with her really only coming into her own during the lengthy finale where she finally regions the fight. Before this her handful of scenes are with Reeves, with the two of them working well together even whilst delivering poor dialogue, with the chemistry they shared in the original trilogy still shining through.

Jessica Henwick actually takes over the Trinity style role for the most part, with her getting to do the majority of the ass kicking that Moss had done years before. Henwick is the clear standout of the film and I just wish she had a better action vehicle to show off her talents. She is clearly an action heroine in the making as evident from her work here as well as her role as Colleen Wing in Iron Fist (2017).

Other than Henwick, the other new additions to the cast are Jonathan Groff and Neil Patrick Harriss. Groff impresses the most of the two, playing a newer iteration of the dreaded Agent Smith. However, as impressive as he was, I still missed Hugo Weaving in the role.

Similarly to Mateen’s Morpheus, this take on the character is so far removed from what has come before they would have been better giving him a different name. Groff’s version of Smith shares none of the same characteristics or personality, with him appearing too cheery and witty, the opposite of Weaving’s original.

At least like Weaving he gets involved in the action, although that isn’t as noteworthy as it initially seems. Now even when everything else has gone wrong, you can usually rely on the action of a Matrix film to be top notch but surprisingly this isn’t the case with Resurrections with the majority of the action failing to generate much in the way of excitement.

Perhaps this has something to do with the absence of ace fight choreographer Yuen Woo Ping, who worked on all three previous Matrix movies. For whatever reason he wasn’t asked back. This wouldn’t be a serious issue if Wachowski hired someone of the same caliber, maybe a Yuen Kwai or Kenji Tanigaki, but this didn’t happen.

Apparently a number of John Wick’s (2014) action team worked on Resurrections but you would find it hard to tell, with none of the action being anywhere close to the quality of that film.  It amazes me that Wachowski thought this was acceptable, but it would appear she thought the action wasn’t as important this time round.

I have noted some so-called intellectuals online heralding the fact that The Matrix Resurrections doesn’t strongly focus on the action, as if this would be a bad thing. Of course, what idiot would watch an action film and expect it to have good action scenes. Not just any action film mind, but the sequel to one of the most iconic Hollywood action films of the last 25 years, one which is still copied to this day. But of course, what do I know, perhaps I should seek out more action films without any action. This might be the way forward.

Now, not all of the action is poor, but nothing really stands out in the way you have come to expect from a Matrix film. If I had to choose the best of them I would probably go for the final motorbike chase through the streets of San Francisco which at least managed to impress. Clearly taking a cue from video games horde mode, it has Reeves and Moss being chased by seemingly everyone in the city with crashes and explosions aplenty. As impressive as this sequence is, it still feels slightly anti-climatic. I was surprised that this turned out to be the film’s final action scene.

The other action scenes are peppered throughout but feel extremely brief. Unlike what has come before, there are no lengthy martial art bouts. The majority of the hand to hand fights are over in minutes with only Reeves and Groff’s face off being slightly longer. Even then it fails to live up to Reeves’ fight with Weaving’s Agent Smith in the original film, or even their fight in Revolutions for that matter.

Apologies if this review seems more like a rant. Even with lowered expectations I was expecting more from the film. While I could never say I was the biggest fan of either Reloaded or Revolutions, they at least contained enough elements of what made the original great to at least be enjoyable. This new entry seems to want to distance itself from what made the original so memorable which is to its detriment making The Matrix Resurrections a disappointing footnote to one of the most visionary sci-fi actioners of the 20th century.

I am sure some will disagree with this review, with them thinking I am missing the point of what Lana Wachowski was trying to say with the film, but even so they can’t argue that in no way shape or form does this film live up to what has come before.

Thank god Keanu Reeves has John Wick Chapter 4 to fall back on, a sequel that will hopefully not struggle to entertain, giving fans exactly what they expect. Now only if it wasn’t put back over a year.