UPDATE: Trailer #2 along with the latest Poster! 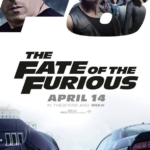 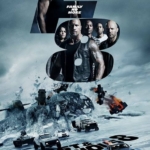 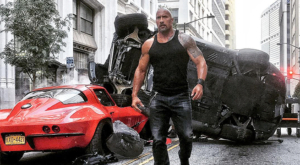 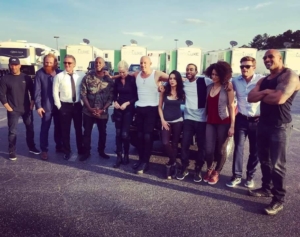 UPDATE: Take a FIRST LOOK at the villain ‘Cipher’ played by CHARLIZE THERON! 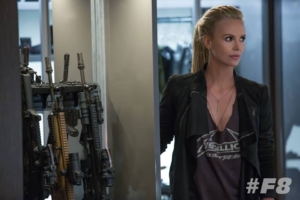 UPDATE: CHARLIZE THERON have officially been confirmed to take on the villain role in FAST 8! 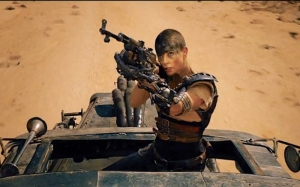 Joining her will be ‘Game Of Thrones’ star KRISTOFER HIVJU as a henchmen.

UPDATE: Looks like the ‘Fast’ franchise is looking to change things up a bit by going with a female villain in the 8th installment. Sources are saying director F GARY GRAY wants none other than his ‘The Italian Job’ leading lady CHARLIZE THERON (Mad Max: Fury Road) for the part!

An offer have NOT been made to Theron yet, but expect something soon.

UPDATE: It is OFFICIAL. F GARY GRAY will be directing the 8th installment of the “Fast & Furious” saga! Gray made the announcement via his Twitter account.

Cant ask for better partners than Vin, Neal & Universal. Excited to bring u the next chapter of the #FastFamily saga pic.twitter.com/zRGre14kKO

In addition to having worked with Diesel before on 2003’s ‘A Man Apart’, Gray also collaborated with Jason Statham on ‘The Italian Job’ which featured some pretty impressive car chases. Experience is definitely on his side. 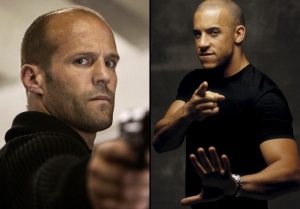 UPDATE: Looks like VIN DIESEL may have unofficially announced that director F GARY GRAY (Straight Outta Compton, A Man Apart) will be helming ‘Furious 8’ by posting this image on his OFFICIAL FACEBOOK PAGE! 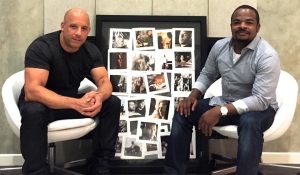 UPDATE: According to VARIETY after BOTH Justin Lin and James Wan turned down offers to return, the search for the ‘Furious 8’ director have been narrowed down to four: F. GARY GRAY (Straight Outta Compton), ADAM WINGARD (The Guest), WILL EUBANK (The Signal) and LOUIS LETERRIER (Now You See Me).

Coming off of the smash hit ‘Straight Outta Compton’, director Gary Gray also has the advantage of having worked with Vin Diesel back in 2003 on the action-thriller ‘A Man Apart’. On the other hand, Leterrier have also worked with a ‘Fast’ cast member in Jason Statham, whom he helped launched into an action icon in 2002’s ‘The Transporter’.

In my opinion, these two have got to be the frontrunners out of the four. Who do you think should direct ‘Furious 8’? Comment below!

UPDATE: Diesel have expressed his desire to bring back original ‘The Fast & The Furious’ director ROB COHEN (Dragon: The Bruce Lee Story) for the 8th installment. He posted the following from his OFFICIAL FACEBOOK PAGE:

“It is no secret that my good friend Justin and I have been very intensely discussing the trilogy, as we have dreamed it for almost a decade. We know that when we re-team we will shock the world. It is also no secret that he is finishing Trek for JJ and won’t be done in time for us to make the date the studio wanted me to announce of April 14th 2017.

This would leave 8 without an obvious go to director…

I will share something crazy that my mother said six months ago after the studio had me announce the date for 8 to the world… “ Either you direct 8 yourself… or don’t do it.” Some of you vinbook pioneers are all too familiar with my mother’s wisdom, as I have posted her sayings in the past on Our page… but I wrote it off as just a mother’s love and belief in me, though she has seen first hand what I’ve done to make these movies defy expectations and become increasingly successful, even when the studio thought I was crazy… haha.

Back to the matter of 8… First and most importantly is the SCRIPT, which has to be great. Hopefully the writer will deliver something within the next two weeks… before my Witch Hunter press tour begins. There has always been the desire by Paul to have Rob direct one more, this is what fueled my campaign… I believe that he can and would reset the franchise nicely, returning to what was the core of the film in the beginning… racing. He would also handle the Brian O’connor issue with integrity, given that he and David Ayer were the ones who initially created that beloved character in the first place.

Ultimately we all want the best film to honor what we have created and what you the audience has adopted as your favorite franchise. I will leave this matter in the studios hands for a moment while I release The Last Witch Hunter and start production of the long awaited “Xander Returns”.

Again, we make these films with Our hearts.”

How do you guys feel about Cohen’s possible return to bring the franchise back to its roots? If not Cohen, who do you suggest? Perhaps ‘John Wick’ directors Chad Stahelski & David Leitch? Hell, how about the man behind ‘The Raid’ Gareth Evans? Comment below!

UPDATE: JASON STATHAM’S ‘Deckard Shaw’ was still alive and kicking at the end of ‘Furious 7’, which left open the possibility for his return in the next installment of the ‘Fast & Furious’ saga. 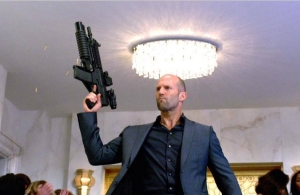 Possibility have become a reality as Statham have confirmed his involvement in FURIOUS 8 with Access Hollywood!

Not surprising after ‘Furious 7’ surpassed the $1.15 BILLION mark at the worldwide box office, franchise star VIN DIESEL confirmed at the Universal CinemaCon that FURIOUS 8 is happening and will hit theaters on APRIL 14, 2017!

Diesel gave a bit of detail on the setting of the next installment on Jimmy Kimmel Live. Watch the video clip below:

Looks like ‘Furious 8’ will be set in New York City with KURT RUSSELL’s ‘Mr.Nobody’ character having a much bigger role. 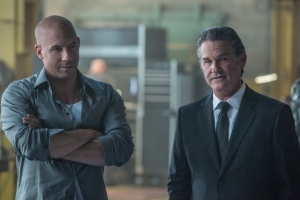 DWAYNE ‘THE ROCK’ JOHNSON is also excited to possibly return as ‘Agent Hobbs’ stating: “We’re up for the challenge if we decide to go down that road. I love the franchise. I have a blast doing that franchise. The character, the fun — the fun I have is off the charts.”

With the likes of action stars JASON STATHAM, TONY JAA, and RONDA ROUSEY joining the ‘Fast’ family in ‘Furious 7’, who do you think they should add for ‘Furious 8’? Leave your comments below!