UPDATE: Take a look at the San Diego Comic-Con Trailer!

UPDATE: Check out the promo spotlight below featuring JAMIE CHUNG as ‘Blink’!

Head on over to SCREENRANT to see promos for the rest of the other characters.

UPDATE: The series is officially called THE GIFTED and the first Trailer has been released!

FOX is developing a new X-MEN TV series with none other than the ‘X-Men’ movie director BRYAN SINGER (X-Men: Apocalypse) set to helm the pilot. The series follow “two ordinary parents who discover their children (played by Gotham’s NATALIE ALYN LIND and PERCY HYNES WHITE) possess mutant powers. Forced to go on the run from a hostile government, the family joins up with an underground network of mutants and must fight to survive.”

JAMIE CHUNG (Sucker Punch, TV’s Gotham) has been cast as the teleporting mutant ‘Clarice Fong’ aka ‘Blink’. Her character is described as follows: 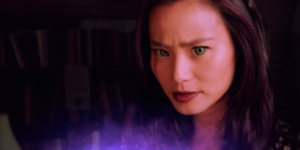 Clarice’s naturally strong exuberance has taken a hit after a sudden and traumatic upheaval of her life. As she adjusts to the new people and places that are suddenly ‘home,’ Clarice is slowly becoming herself again. Blink is an established character from the X-Men comics with the power of teleportation. 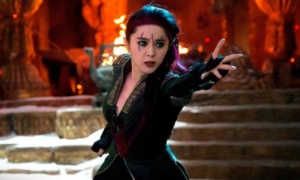 Interestingly enough, Chung was almost part of ‘Days Of Future Past’ as ‘Jubilee’. Concept art for the film even gave us a glimpse of what she would look like in full costume. Unfortunately, ‘Jubilee’ did not make it into the film but was later featured in last year’s ‘X-Men: Apocalypse’ played by Lana Condor. 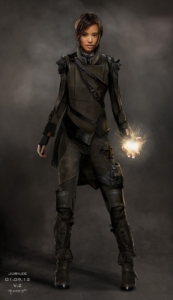 But it looks like fate took a turn and Chung is now finally part of the ‘X-Men’ universe.

The series is currently untitled. Stay tuned for more details.