UPDATE: Get a taste of the action in the fight clip below! 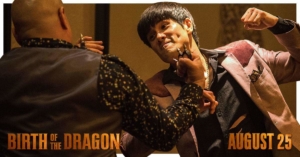 UPDATE: Despite being critically panned by critics and Bruce Lee’s daughter, Shannon Lee, ‘Birth Of The Dragon’ have found distribution partners in BH TILT and WWE STUDIOS. The two studios will be responsible for the film’s North American theatrical release on August 25th. 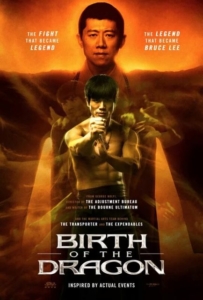 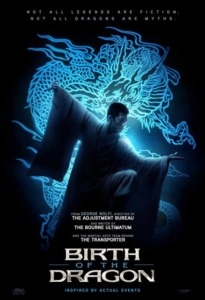 UPDATE: Latest official images from the film have been released! 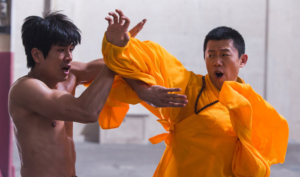 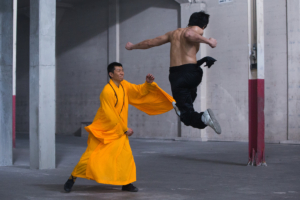 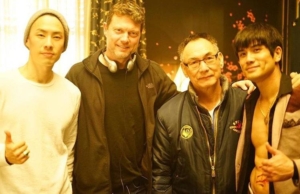 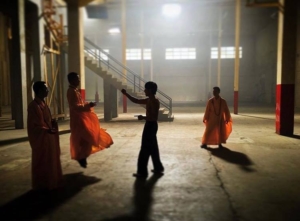 UPDATE: Have a look at the FIRST official poster and PHILIP NG on-set! 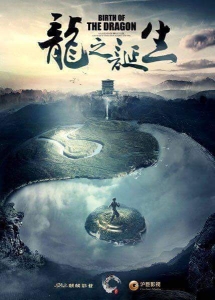 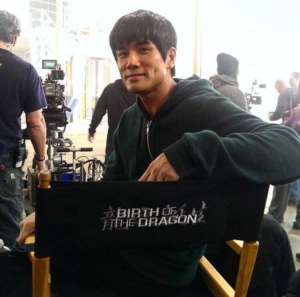 UPDATE: Martial arts star PHILIP NG have landed the role of ‘Bruce Lee’! The man definitely have the physical chops to pull off the role as audiences can see from his performance in ‘Once Upon A Time In Shanghai’. 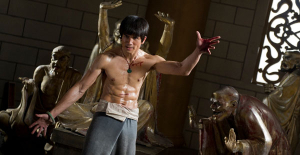 Hong Kong veteran COREY YUEN (Rise Of The Legend) will be handling the action choreography.

Director GEORGE NOLFI (The Adjustment Bureau) stated: “’Birth of the Dragon’ is a rare opportunity to make an action film with rich characters based on real events and real people. It’s a story about people from the East and West transcending their differences to work together, which is obviously a very timely story.”

UPDATE: Martial arts actor MIKE MOH, best known for his role as ‘Ryu’ in the successful web-series ‘Street Fighter: Assassin’s Fist’, is officially in the runnings to play ‘Bruce Lee’! 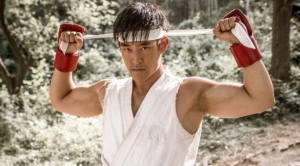 Moh release this statement on his Official Facebook Page: “Hey everyone I am being considered for the role of Bruce Lee in the upcoming film “Birth of the Dragon”. I am confident that I’m the best man for the job. Please like,comment, and share if you agree! Let’s start a movement! ‪#‎mikemoh4brucelee‬”

How do you feel about Moh potentially playing Bruce Lee? He definitely have the physical martial arts skills to pull off the part.

UPDATE: Not to be confused with the OTHER ‘Bruce Lee’ biopic produced by Shannon Lee, THIS one will officially be called BIRTH OF THE DRAGON and a casting call have begun for “a young Bruce Lee between the ages of 20 to 30 years old. An experienced martial artist highly desired but not required.”

Director GEORGE NOLFI (The Adjustment Bureau) is set to helm a new BRUCE LEE biopic movie which will go into production early next year. Nolfi is known as the writer to such hits as ‘The Bourne Ultimatum’, ‘Ocean’s 12’, and ‘Need For Speed’.

The film will “tell the story of the legendary martial artist through the eyes of one of his students, Steve McKee. It will focus, in part, on Bruce Lee’s 1965 duel with famous kung fu master Wong Jack Man and the attempts all three men made to stem the influence the Triads had around San Francisco.”

The script is being handled by biopic veterans CHRISTOPHER WILKINSON and STEPHEN RIVELE, who also worked on ‘Nixon’ and ‘Ali’.

The last Bruce Lee biopic film, ‘Dragon:The Bruce Lee Story’ starring Jason Scott Lee was actually decent in terms of the acting and action. The beautiful score to the film was what made it so memorable to me. Hopefully this one will be even better.

There is no news on casting at the moment.

Who do you think should play Bruce Lee? Leave your suggestions below!