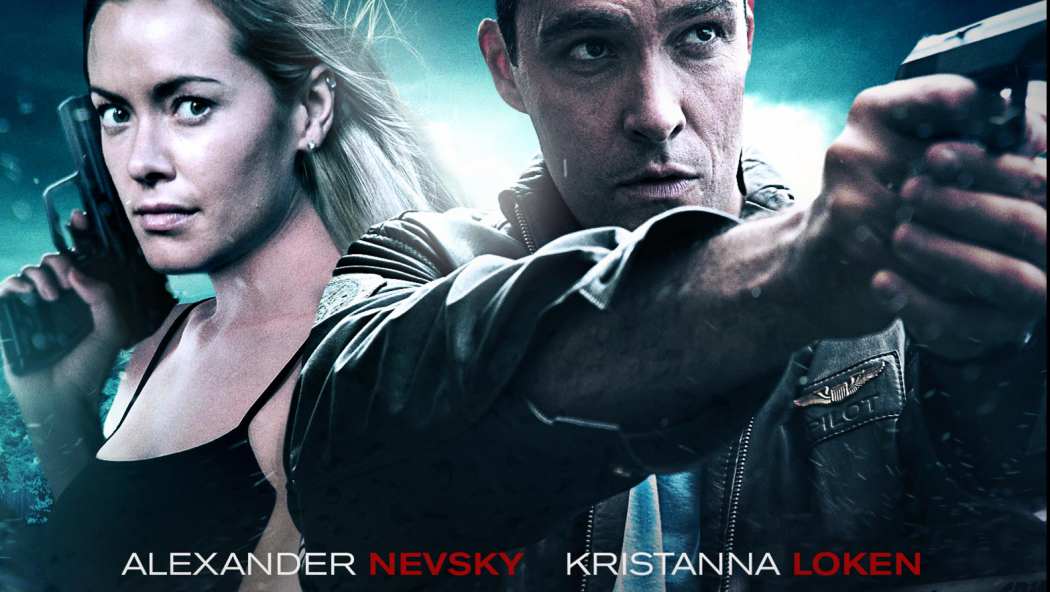 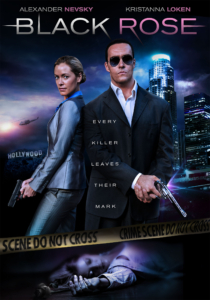 MAAC: Alexander, what is your biggest challenge when taking on the leading role in BLACK ROSE while also being in charge behind the camera as the director?

ALEXANDER NEVSKY: BLACK ROSE was a dream project for me and I had hundreds of challenges but still enjoyed working on this film a lot. First of all, I created this story as a sequel to my film MOSCOW HEAT but later decided to have it as an original project. As a director and producer I was involved in pretty much everything – from developing the script, casting and pre-production to actual shooting, editing, approving music score etc.

And it was even more tough and interesting because I played the lead role and was almost in every scene (except the prologue). So I really should thank again my co-stars Kristanna Loken, Adrian Paul, Robert Madrid, Matthias Hues and Robert Davi for all the support during the shooting in Moscow and LA! Director of photography Rudy Harbon did a great job also, as well as editor Stephen Adrianson and composer Sean Murray.

And the biggest challenge? I really didn’t have time to work out enough so my friend Matthias Hues looked probably a little bigger than me in BLACK ROSE and I hated it…(laughs)

MAAC: How is this character similar and different to you?

ALEXANDER NEVSKY: My character ‘Major Vlad Kazatov’ is a big guy, he’s strong and fearless but most important thing about him – he’s a good man. He fights evil in Moscow and he travels to LA to do the same. When I was getting ready for this role I spent some time with real Moscow cops, we spoke a lot and even trained together. I have big respect for this guys. I just hope that I have some qualities that my character Vlad has.

Differences? My character is a great shooter and I’m not. He eats hamburgers and I do not. He has some stereotypes about Los Angeles and I’m not.

I forgot to mention that BLACK ROSE was executive produced by great Sheldon Lettich. I’m sure your readers remember him and his amazing action films (he directed DOUBLE IMPACT and wrote RAMBO 3 to name a few). And let me tell you that I’m a big fan of action genre myself so I’d like to thank MAAC and all the readers for interest and support! Hope you enjoy BLACK ROSE!

MAAC: Kristanna, can you tell us a bit about your character in BLACK ROSE and what attracted you to the role?

KRISTANNA LOKEN: ‘Emily Smith’ is a new police profiler. She becomes deeply effected during the case, because this is the first time people are dying under her watch. I like the duality of “Emily”. She has a strong exterior and is good at what she does, but comes from a deep sense of humanity and vulnerability within.

MAAC: We gotta ask, T-X or Rayne, who wins in a fight?

KRISTANNA LOKEN: Hmmm, In the end I would say TX because Rayne doesn’t have the futuristic fighting abilities that TX has. 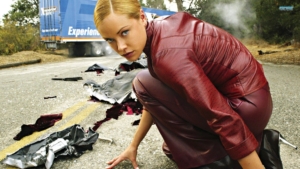 MAAC: After working with Arnold Schwarzenegger (Terminator 3), Jason Statham (In The Name Of The King), and now Alexander Nevsky, which action star would you love to collaborate with next?

KRISTANNA LOKEN: Actually, I would love to work with all of them again! However, I think Nevsky and I have a couple of tricks up our sleeve that you might be hearing about very soon!

MAAC: Matthias, What do you love most about your character in BLACK ROSE?

MATTHIAS HUES: I believe it is a great opening to establish Alexander Nevsky’s character and it sends a message to the audience who they will be dealing with. He has to solve an unsolvable situation, even has to break the law to do it. A classic Hollywood opening and I was happy to come in and be the crazy situation he has to figure out how to overcome.

MAAC: Being a veteran in the action genre, how do you think this film stand out (action-wise) compared to other films of the genre?

MATTHIAS HUES: Black Rose has Alexander Nevsky, a powerhouse of a man. If you like to watch Arnold’s films like ‘Red Heat’, that type of genre it will bring you back to it by Alexander’s larger then life personality and fish out of water timing. All in all it is a also a bit of a thriller and some major acting icons are in it who will take care of the back story and overall solid performances. 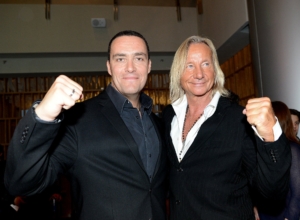 MAAC: Can you give us a special scoop on your involvement with JOHN SALVITTI’s upcoming directorial debut AMBUSH?

MATTHIAS HUES: Let me first tell you I am a big fan professionally and personally of John Salvitti, he has integrity and an amazing work ethic. We had a few lunches and get together early this year and I am looking forward meeting him again and hearing him out about his upcoming project and if I can be in any way helpful or play some sort of role in it.

Knowing it is him I assume he will push the envelope and I always look for people who want to push the door open a little more. Thank you my friends for taking interest and it makes me want to work even harder knowing you are out there watching!