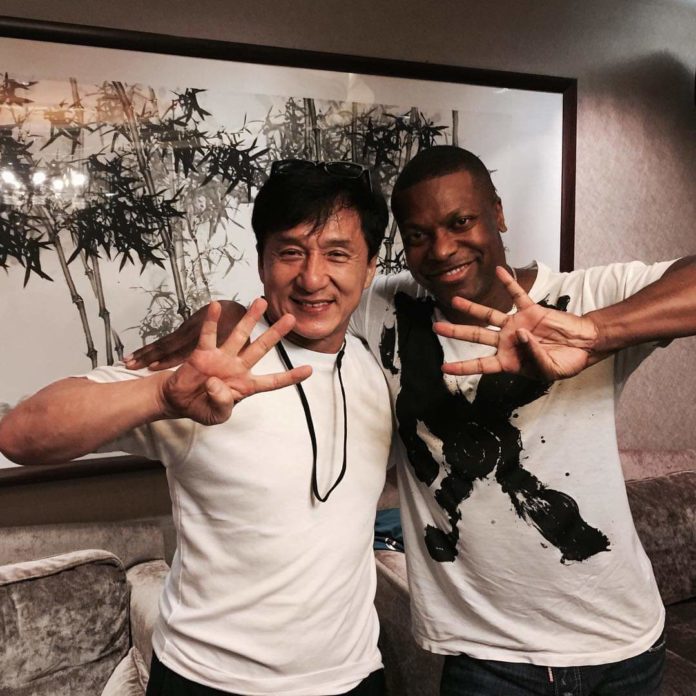 UPDATE: CHRIS TUCKER has officially confirmed that he is set to return with Jackie Chan for RUSH HOUR 4!

“It’s happening. This is gonna be the rush of all rushes. Jackie is ready and we want to do this so that people don’t ever forget it.”

The 4th installment will most likely be helmed by a new filmmaker as original franchise director Brett Ratner is facing allegations of sexual harassment and has cut ties with Warner Bros.

While making his promotional rounds for ‘The Foreigner’, martial arts superstar JACKIE CHAN (Kung Fu Yoga) revealed to the San Francisco Chronicles that the long awaited fourth installment of the hit action-comedy ‘Rush Hour’ is indeed happening. “Do you understand the words that are coming outta my mouth?” RUSH HOUR 4 is on the fast track!

During a Facebook Live session, a fan asked Chan about another ‘Rush Hour’ film and he confirmed that the script will be done by next year and that a meeting is already scheduled with co-star CHRIS TUCKER and the Director (BRETT RATNER?) to go over some details regarding the project. You can see the interview below (‘Rush Hour 4’ portion at the 16:40 mark).

The ‘Rush Hour’ trilogy has grossed a combined $840 million+ at the worldwide box office with the last installment opening in theaters more than a decade ago back in 2007. ‘Rush Hour 3’ was deemed by fans as the worst in the series that left a sour taste in their mouth. Lets cross our fingers that Chan and Tucker can revive the magic of their amazing on-screen chemistry for one last time and close out the franchise on a high note.

JASON STATHAM To Return For THE MEG 2