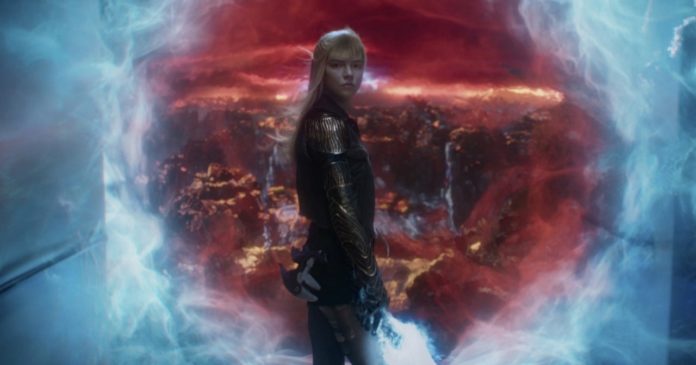 UPDATE: A new release date is set for The New Mutants to hit theaters on August 28, 2020.

UPDATE: After Disney purchased 20th Century Fox, the long delayed X-Men spin-off has been put on the shelves until now. Check out the new Trailer for The New Mutants, which will finally be release in theaters April 3rd.

20th Century Fox is expending their ‘X-Men’ universe with The New Mutants directed by Josh Boone (The Fault in Our Stars).

As you can see from the teaser trailer, they are taking the superhero genre in a whole direction by injecting a dose of horror into the “mutant” universe. The film follows “five young mutants, just discovering their abilities while held in a secret facility against their will, fight to escape their past sins and save themselves”.

The cast includes Anya Taylor-Joy (Split) as ‘Magik’, Maisie Williams (HBO’s Game of Thrones) as ‘Wolfsbane’, Charlie Heaton (Netflix’s Stranger Things) as ‘Cannonball’, Blu Hunt (The Originals) as ‘Danielle Moonstar’, Henry Zaga (13 Reasons Why) as ‘Sunspot’, and Alice Braga (I Am Legend) as ‘Dr. Cecilia Reyes’. ‘Warlock’ will also be featured in all-CGI.