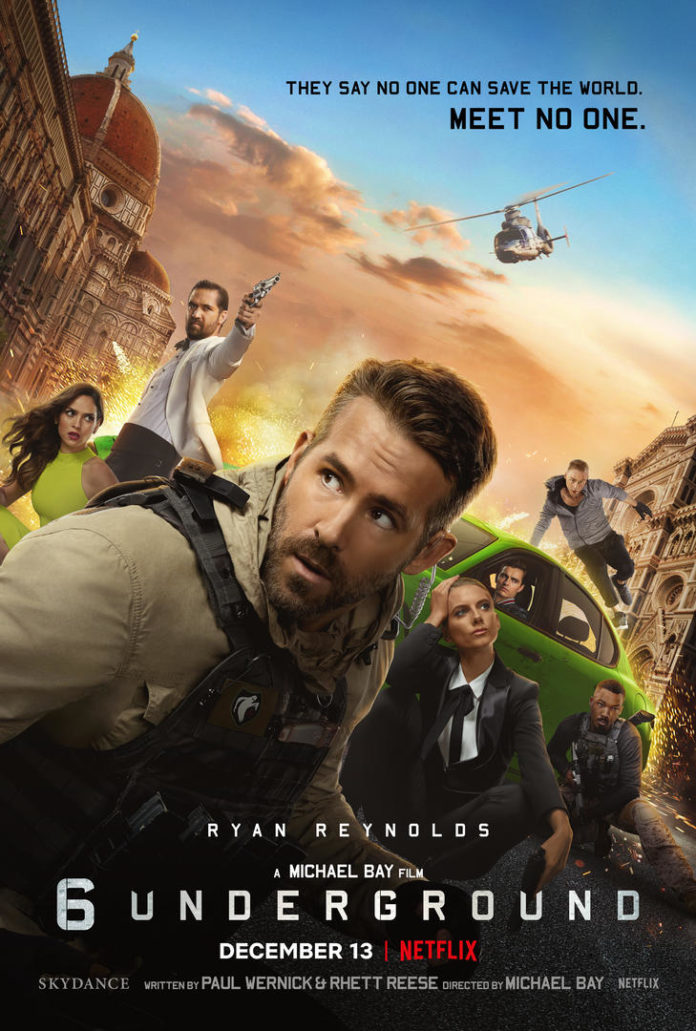 UPDATE: Star Ryan Reynolds has revealed the release date for 6 Underground. The film will premiere only on Netflix December 13th. See the Trailer below!

Synopsis: What’s the best part of being dead? It isn’t escaping your boss, your ex, or even erasing your criminal record.The best part about being dead…is the freedom. The freedom to fight the injustice and evil that lurk in our world without anyone or anything to slow you down or tell you “no.”

6 Underground introduces a new kind of action hero. Six individuals from all around the globe, each the very best at what they do, have been chosen not only for their skill, but for a unique desire to delete their pasts to change the future. The team is brought together by an enigmatic leader (Ryan Reynolds), whose sole mission in life is to ensure that, while he and his fellow operatives will never be remembered, their actions damn sure will.

Warm up those DVD players because we’re coming to a mailbox near you, December 13th! #6Underground

UPDATE: MAAC was lucky to stumble onto the set of Six Underground on location in Florence, Italy. Check it out below via Instagram:

The $100 million-plus budget action thriller is set for release next summer only on Netflix.

‘Deadpool’ star RYAN REYNOLDS is taking his talents to the small screen as he takes the lead in Netflix’s upcoming action thriller SIX UNDERGROUND.

The film will be directed by the master of blowing sh*t up, MICHAEL BAY, the man behind such brainless blockbusters as the ‘Bad Boys’ and ‘Transformers’ franchise. Nothing is known about the plot of the film besides the fact that it is an original idea from ‘Deadpool’ writers and executive producers RHETT REESE and PAUL WERNICK.

‘Six Underground’ is set to start production this summer with a worldwide release in 2019 on Netflix.