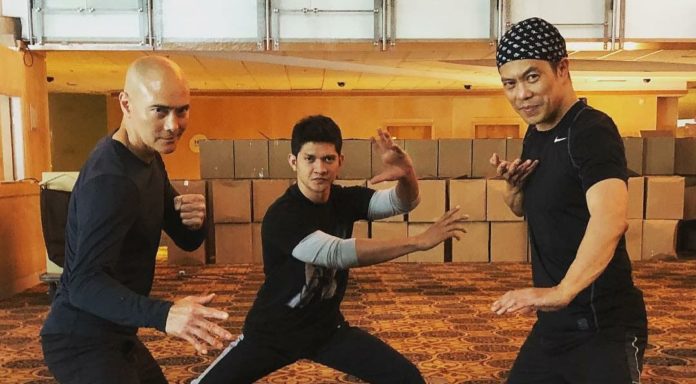 UPDATE: The first Trailer for Wu Assassins is here!

UPDATE: A release date is set for Wu Assassins on August 8, 2019! The 10 episodes martial arts series will be shown exclusively on Netflix.

Synopsis: The series will follow Kai Jin, an aspiring chef who works in Chinatown in San Francisco. Jin finds out he’s part of a great dynasty of warriors and learns he’s a Wu Assassin. He gets recruited into the order and it’s his task to round up the powers of an ancient triad.

Dacascos is set to play “an extremely fit and strong monk who can take down any evil force that comes his way” while Chan will portray “Zan, a lieutenant in the Triads and elite martial artist”, who is also a “bodyguard and sole confidant” to Byron Mann’s character ‘Uncle Six’.

UPDATE: Another butt-kickin’ martial arts star is set to join the cast of WU ASSASSINS in Lewis Tan. Best known for his minor role in ‘Deadpool 2’ and AMC’s ‘Into The Badlands’, Tan will portray ‘Lu Xin Lee’, “a suave, fierce intelligent leader who owns and operates his own custom garage a la West Coast Customs and runs a car theft ring for the Triad”.

Spanning 10 episodes, the series takes place in San Francisco’s Chinatown and is described as a “martial arts crime series with supernatural elements”. Uwais will play the part of ‘Kai Jin’, the last Wu Assassin who is chosen to round up the powers of an ancient triad to restore balance. Mann will portray ‘Uncle Six’.

Hong Kong veteran Stephen Fung (Into The Badlands) has signed on to direct the first two episodes with showrunner Tony Krantz helming another.

In addition to taking on the lead, Uwais also serve as producer and action choreographer.