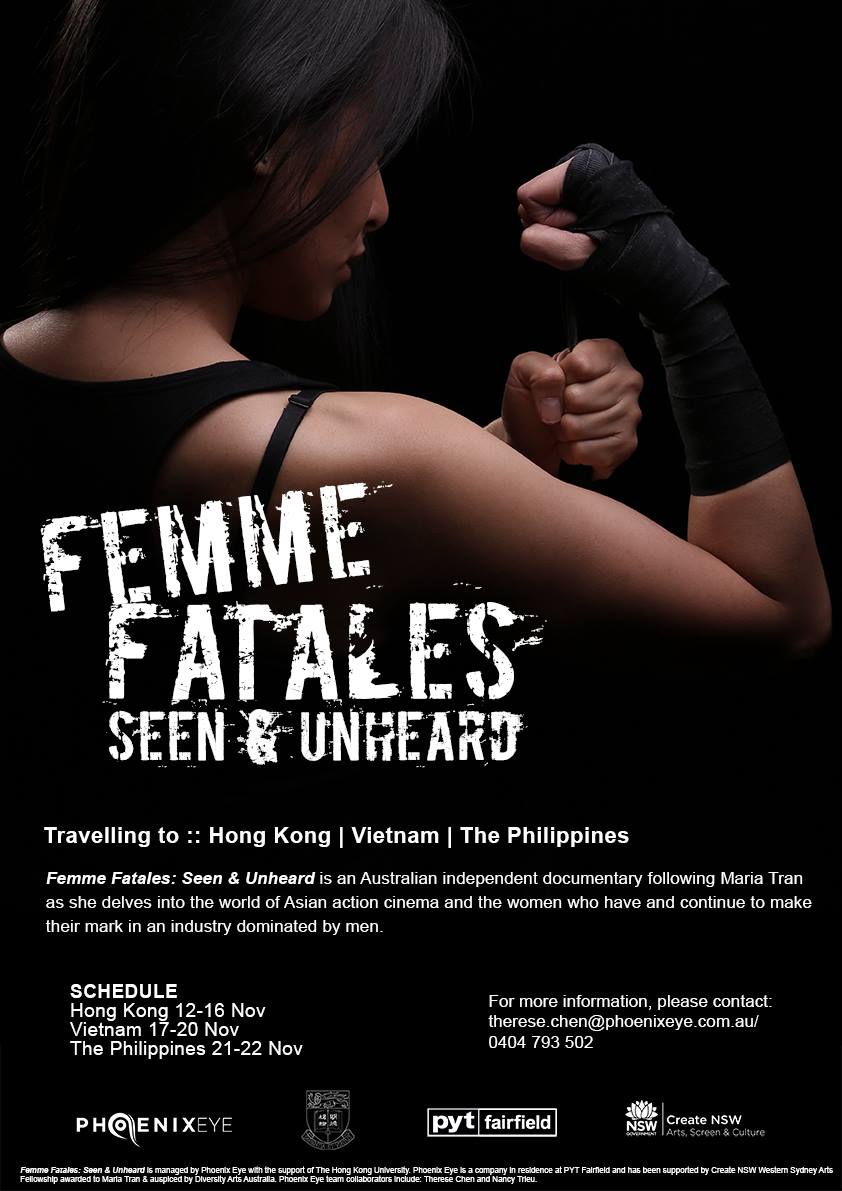 The press release describes the project as follows:

For the past decade of her life, Fairfield-based filmmaker Maria Tran has devoted her life in making Hong Kong cinema homage action films in her backyard. She and her female led film production company Phoenix Eye will soon be embarking internationally across South East Asia investigating the role of Asian action cinema and the role of women for her self-funded independent documentary titled Femme Fatales: Seen & Unheard.

Traveling from Hong Kong to Vietnam and then finally the Philippines, they will be interviewing and interacting with former and current female action stars, emerging actors, martial artists, film directors, producers and academics who will share their insights and experiences.

“If there’s one thing I would like to add to Australian cinemas, is female-led stories in the martial arts action genre. This project will allow me to connect with some of the world’s most talented, showcase their plight and allow the film industry to see the often-unspoken contributions of women in this male-dominated genre,” says Maria.

Mike Leeder, who has worked with action megastars such as Jackie Chan, Jet Li, Donnie Yen and Jean Claude Van Damme and is known as an expert in Asian action cinema is on board this project as associate producer.

“Australia used to have its own brand of genre cinema, action, horror, martial arts and more! Action is international, it doesn’t need you to understand the language, the culture or the politics, it’s the cinema of the underdog! We all need a hero or a heroine!,” adds Mike.