UPDATE: See the Teaser Trailer below!

UPDATE: The third and final installment has changed its title to KICKBOXER: ARMAGEDDON and is set to start production in Las Vegas this March. Director DIMITRI LOGOTHETIS stated:

“I finished writing the third film about a month and a half ago, it’s called ‘Kickboxer: Armageddon’. If you like ‘Retaliation’, ‘Kickboxer: Armageddon’ will blow your mind. The kind of fight sequences that I have for this are going to take us to a totally different level. I have a oner planned that’s going to top the oner in Retaliation. It’s going to take us to a completely different level and we’re just excited and we’re just looking forward to having a lot of fun doing that.” 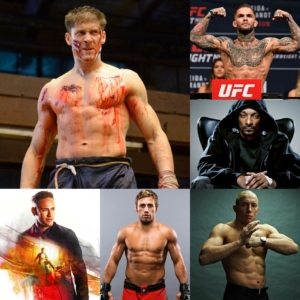 Producer-writer DIMITRI LOGOTHETIS recently revealed details about the third ‘Kickboxer’ at the premiere of ‘Kickboxer: Vengeance’ a few days ago.

The final film of the trilogy is titled KICKBOXER: SYNDICATE, which is set to once again star ALAIN MOUSSI and will begin production in February 2017.