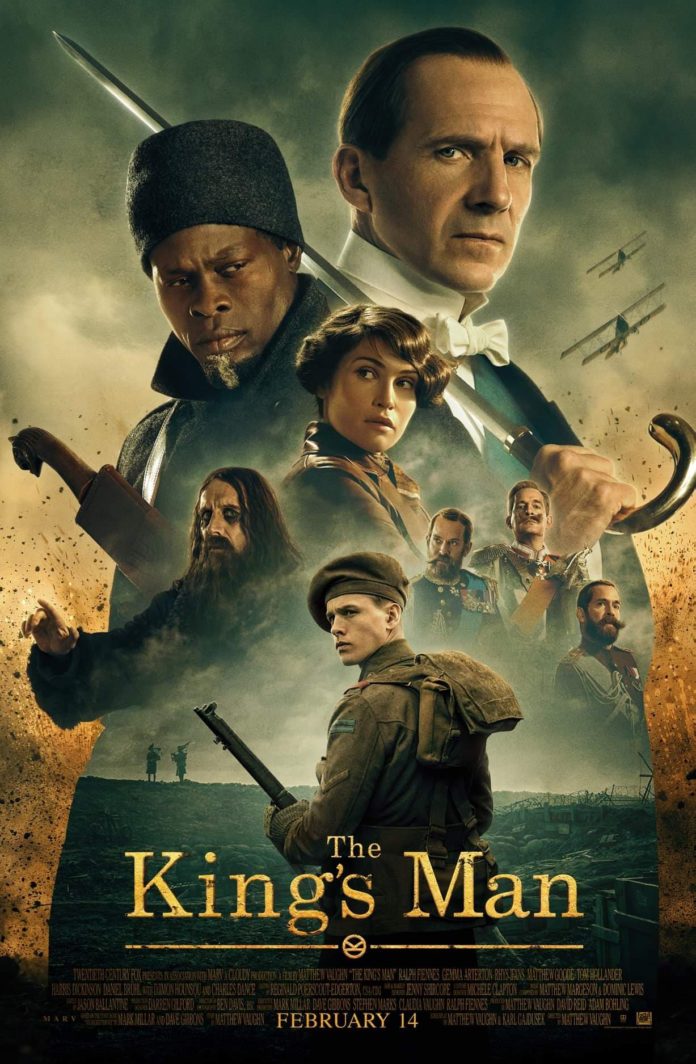 UPDATE: The official title for the upcoming prequel is The King’s Man.

Synopsis: As a collection of history’s worst tyrants and criminal masterminds gather to plot a war to wipe out millions, one man must race against time to stop them. Discover the origins of the very first independent intelligence agency in THE KING’S MAN, directed by Matthew Vaughn, coming to theaters February 2020.

UPDATE: Kick-Ass himself Aaron Taylor-Johnson is set to reunite with director Matthew Vaughn for Kingsman: The Great Game. Joining alongside him is actress Gemma Arterton (Quantum Of Solace).

UPDATE: The third installment of the franchise is confirmed to be a prequel titled KINGSMAN: THE GREAT GAME. The film will take place during World War I with the lead being a man named ‘Conrad’ played by HARRIS DICKINSON, who is “a cocky young son of a British Duke determined to serve his country, who finds himself thrust into the midst of the world of espionage with some of history’s most dangerous spies and assassins.” Joining Dickinson as his father ‘Duke of Oxford’ is veteran actor RALPH FIENNES (Spectre).

It is also reported that the studio is eyeing superstar BRAD PITT (Fury) and RACHEL WEISZ (The Mummy) to join the cast. Weisz would be portraying the role of ‘Polly’, Conrad’s nanny who is “a ruthless force of nature and is instrumental in raising him”. Pitt would play ‘Grigori Rasputin’, “a controversial figure in Russia, having gained considerable influence over Tsar Nicholas II after “healing” his hemophiliac son Alexi.”

Taron Egerton also confirmed to Yahoo that he will not be involved with the prequel stating:

“I don’t know how hot off the press this is, and I think I’m allowed to say it, but I’m not in the next Kingsman movie. That doesn’t mean I won’t be in Kingsman ever again. I was with Matthew [Vaughn] as little as a few days ago, we’re still very much in business together, but his next journey in that world doesn’t involve me… His idea for the new one is incredibly exciting. I’m sad that I won’t be on that journey with him, but it’s not the last you’ve seen of Eggsy.”

With last year’s box office hit ‘Kingsman: The Golden Circle’, it is to no surprise that a third installment is on the way! Director MATTHEW VAUGHN (Kickass) will return to write and helm the yet to be titled KINGSMAN 3.

It is still very early so we do not know if this third installment will be a prequel or if it will cap off the story of Taron Egerton’s ‘Eggsy’. In previous interviews ‘Kingsman: The Golden Circle’ stars Colin Firth and Jeff Bridges expressed their excitement for a potential third film. Bridges stated, “We’re working on it. Between interviews, we’re jamming on ideas. There’s no script but Matthew [Vaughn]’s been talking about it from the beginning! [Colin] You said he’s always envisioned it as a trilogy.”

“I remember very early conversations with Matthew. He felt that three [movies] would be right for this. He hadn’t got them mapped out, I just think he could feel three,” added Firth.

Not only is the third installment becoming a reality but Vaughn also has huge plans for a ‘Kingsman’ TV series along with a spin-off for the American counterpart, the ‘Statesman’.

‘Kingsman 3’ is set to start production this January in the UK with a release date targeted for November 8th, 2019.