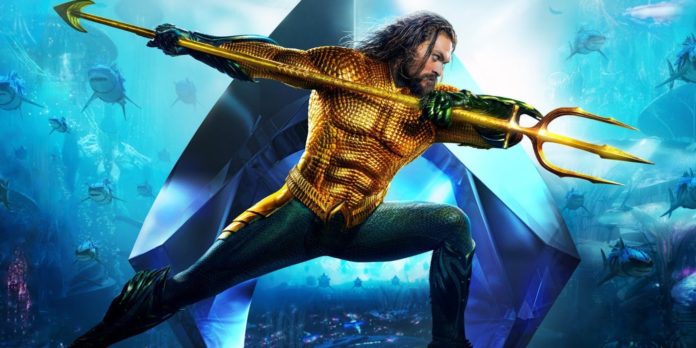 Aquaman had quite a bit of hurdles to get through to impress a general audience who aren’t familiar with the character. He has been the subject of jokes — being a character known for “talking to fish” and being thought of as useless since he’s primarily based in the water. 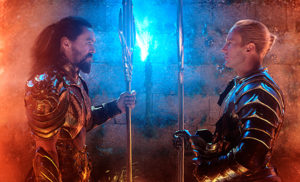 The reimagining started when Zack Snyder planted the seeds in his Justice League movie. He is sort of self-referential when it comes to the character’s criticism. At the same time he embraces them with pride, he also paves a fresher persona than the popular interpretation. This was an Aquaman of grit. This was an Aquaman you’d want to get drinks with (and he may be a good sport about joining).

Played once again by JASON MOMOA, we meet Arthur Curry as he becomes the product of Atlantean, Atlanna, played by NICOLE KIDMAN, and a surface human Tom Curry, played by TEMUERA MORRISON. Their love happened by chance and has since been seen as forbidden since Tom is not a native Atlantean. This causes much uproar for the city of Atlantis when it becomes time to choose a new king for the city. The challenger for the throne is Orm, played by James Wan-veteran PATRICK WILSON. He is the half-brother of Arthur and a full-breed. He sees himself as rightful ruler of the underwater and is hellbent on waging war on the surface dwellers for the destruction they cause the oceans of Earth. 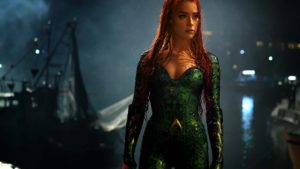 Arthur is not interested in becoming a king, even when Mera, played again by AMBER HEARD, tries to persuade him to help preserve the state of Atlantis. Together they embark on an adventure that takes Arthur back to the depths of the deep sea, to the Sahara, to Italy and back to the ocean. Their relationship is elaborated from its small backstory in Justice League. Now we see their rapport and chemistry build and develop in some cute throwbacks to cheesy fun 80s/90s comedy.

The main star of this film is director James Wan. Ever since his debut with the first “Saw” film, he’s made a mark as a director with an eye for a unique visual flare. He has mostly stayed in the horror genre, creating his own universe with the Conjuring and Insidious series. His first action feature, the low-budget “Death Sentence” showed his potential for making eye-popping sequences. Then, he took on his first billion-dollar franchise film when he took over the helm of Justin Lin for the Fast & Furious with his solo sequel effort, Furious 7.

In that, he proved that not only could he make a jump from small budget to big budget, but he could bring his personal touch to action movies where no matter how the script is, he can design action scenes and film them in a way a creative child could play with his toys.

With “Aquaman,” not only does he have the task of getting out of the shadow of the previously panned early DCEU films, but also continue the redesign of the Aquaman character so that it can be taken seriously enough in these modern times and prove it has a place with the current realm of blockbusters.

The first thing to address is the beautifully made underwater scenes. They look like a National Geographic documentary was injected with testosterone. Not only do the wonders of the water retain their mystical beauty, but they provide for some unique backdrops for action scenes. Wan confidently jumps the scientific hurdles of talking and moving underwater in the same vain that action movies set in space take liberties. It’s addressed, but never dwelled on. 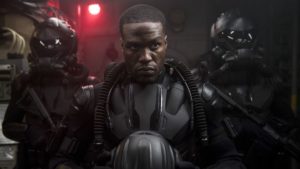 Wan and his creative team really shines with their action design. The spectacle of everything in this movie makes you forget its shortcomings since you’re too busy enjoying the ride. When we get a subplot involving Black Manta, played by YAHYA ABDUL-MATEEN II, a character seeking revenge on our titular hero, we’re treated to some really thrilling sequences. Wan makes use of CGI in an over-the-top yet satisfying way. The camera flows as if we’re flying through the air while watching our heroes run in, out and around Sicily.

Fight Coordinator, JON VALERA, mostly had weapons to work with and we get some great staff fighting. The Atlanteans wield signature tridents as their native weapons. Manta gets some fun sword play with retractable arm blades and even Nicole Kidman gets to play down and dirty with a few fight scenes. Those who watched Wan’s previous big-budget outing would start to recognize a signature style with close-quarters combat using a revolving one-shot take. He even imports a couple trick shots from Furious 7 where the camera flips upside down simultaneously with the subject who gets flipped so they stay upright in the frame. 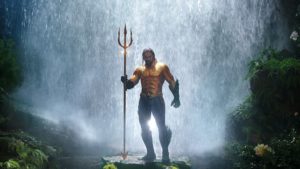 All-in-all, this was a more fun ride than it could have been. It would have been easy to take a mediocre route like “Venom,” but thanks to James Wan’s keen sense of the spectacular and visual creativity, where it lacks in story and characters, is made up for in energy and it can be quite infectious.