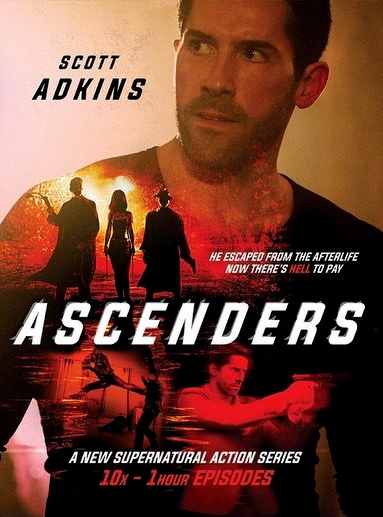 Scott Adkins (Boyka: Undisputed), the hardest working martial arts star in the business is keeping himself quite busy these days. Already locked up with multiple projects along with a handful of films set for release this year including the ensemble actioner Triple Threat and Ip Man 4 with Donnie Yen, Adkins is now adding a new TV series to the mix.

The project is called Ascenders with frequent collaborator Jesse V. Johnson (Accident Man, Triple Threat) at the helm. The series is described as:

“A ten-hour supernatural action-thriller epic series. The series is designed with worldwide appeal in mind, featuring an international ensemble cast. Drawing inspiration from The Terminator, The Walking Dead, and Lost, as well as the works from Agatha Christie, Ascenders combines fist-pumping action, gripping suspense, and deep character development, all against a dark and original supernatural backdrop.

A dead doctor escapes from Hell with a group of damned souls and returns to the world of the living to solve his own murder. However, the Netherworld sends a pack of demonic bounty hunters called Reapers, who are unstoppable gun-toting agents of death, to hunt them all down and bring them back to Hell.”