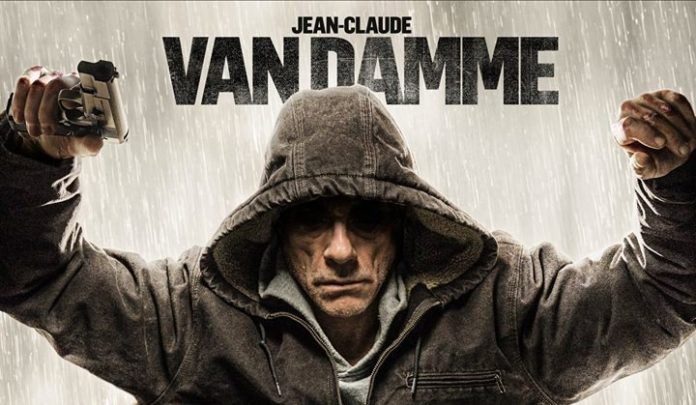 Never one to go down the expected career route, Jean Claude Van Damme has shown countless times how willing he is to take risks with his action star image, most notably in J.C.V.D. (2007) and more recently Jean Claude Van Johnson (2017) where he sent up this image.

Both productions gave audiences a chance to see that there was more to the actor than some fancy kicks, with Van Damme proving he had genuine acting chops, even with such silly scenarios.

With the release of The Bouncer Van Damme gives what is one of his finest performances to date, headlining an action thriller that is more in line with the films he collaborated on with Ringo Lam (1996’s Maximum Risk) than the likes of Bloodsport (1988).

Running at just 94 minutes, The Bouncer is a lean and gritty affair. It follows the exploits of Lukas, a nightclub bouncer well into his 50’s, who lives with his 8 year old daughter. Lukas has a dark past, one which he would rather keep hidden. This means that he has to mostly work of the books, doing jobs that are clearly beneath him, just to make ends meet.

One particular night has him badly beating a nightclub reveller, an action which causes him to lose his job. At a loose end, Lukas has no choice but to choose a job at a sleazy strip club ran by crime boss Jan Dekkers (Sam Louwyck). Unfortunately for Lukas, he is coerced into working for detective Maxim Zeroual (Sami Bouajila) who wants Lukas to inform on Dekkers. With Zeroual holding his young daughter against him as collateral, Lukas has no choice but to comply.

Director Julien Leclercq has shown previously his talent for realistic crime thrillers, with The Informant (2013) and The Crew (2015) being perfect examples of this. Both films had some form of action but still focused more on the plot and the performances of the cast.

The same is true with The Bouncer, with even a short run time he still takes the time to build up the story and introduce us to the characters. The script by Jérémie Guez treads a well-worn path but Leclercq keeps things fresh, making what is essentially a simple crime story interesting.

Additionally, Leclercq makes the wise decision of focusing on Van Damme the actor rather than Van Damme the action star. However, he still has the sense to cater to Van Damme fans by including a number of exciting action scenes that are evenly spaced throughout the movie.

Van Damme’s Lukas looks decidedly haggard throughout the majority of the running time, but this is in line with his character. He is not portrayed as a superman. The stakes he is faced with are all too real. With every punch and kick being painfully felt, there is a concern that Lucas would not make it all the way through.

Lukas is probably the closest Van Damme has come to playing a real person in some time. He is ably supported by the likes of Sami Bouajila, Sveva Alviti and Sam Louwyck, but The Bouncer is clearly his show.

Eschewing over the top action, Leclercq takes a more realistic approach, building up the suspense until shocking us with sudden bursts of violence. There are not any lengthy martial arts battles, with all the fight scenes being more brawl like. The best of these have Van Damme fighting off a group of men in order to prove he is worthy of working for Dekkers. There is no time for any fancy moves, with Van Damme fighting for his life.

The rest of the action is mostly of the shooting or driving variety. The best of these are an impressive one take kidnapping scene, where Van Damme has to sneak into a country home without being notice. As expected it does not exactly go to plan. There is also an exciting car chase come shoot out, which is all shot from inside Van Damme’s car.

The excellent cinematography of Robrecht Heyvaert also sets The Bouncer apart from other DTV movies. Shooting the film in steely cold colours, it is somewhat reminiscent of the films of Michael Mann. It is the polar opposite of his work on the previous year’s Revenge (2017) with that having a bright and vibrant look. Clearly Hollywood has taken notice as he is now working on the long awaited Bad Boys for Life a.k.a. Bad Boys 3.

Certain Van Damme fans may be put off by The Bouncer taking a more dramatic approach than some of his more action orientated classics, but there is still enough action involved to keep them happy.

Lastly, I would urge viewers to persevere with the subtitles and watch the original French version instead of the dubbed English one that has also been released. It is the only way to fully appreciate the work Van Damme and the filmmakers has put into The Bouncer.