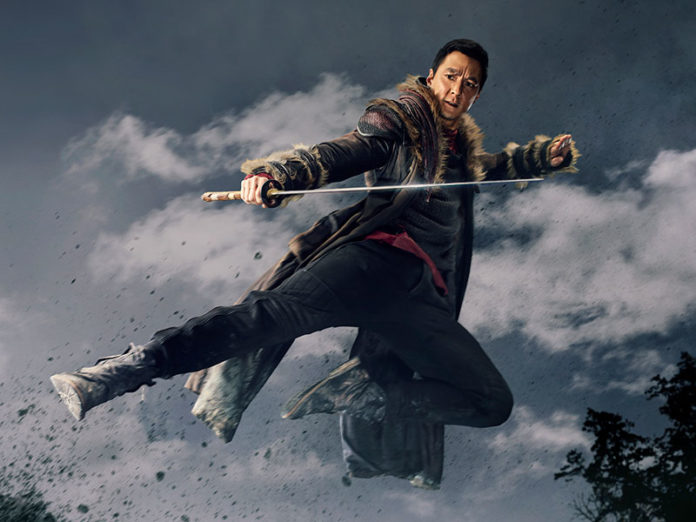 One of the best martial arts action series on television today is coming to an end. Executive produced and starring Daniel Wu, the second and final half of Into The Badlands Season 3 returns April 1st on AMC.

SYNOPSIS: As we enter the final chapter of Into the Badlands, an imprisoned Bajie warns Sunny that Pilgrim can’t be trusted. But with his son’s life on the line, Sunny struggles with his decision to help Pilgrim unlock the Meridian Chamber. Meanwhile, M.K., still reeling from the revelation that Sunny killed his mother, is hell-bent on revenge. Kidnapped by The Master, the Widow is forced to confront her past. Moon meanwhile races to save Lydia from impending death after she risked her life for his on the battlefield. As the last episodes unfold long buried secrets will be revealed, new alliances will be forged, and the saga will climax in an epic battle to end all battles.

Tune in to AMC Mondays at 10/9c to see Sunny and the gang go Into The Badlands for battle one last time.