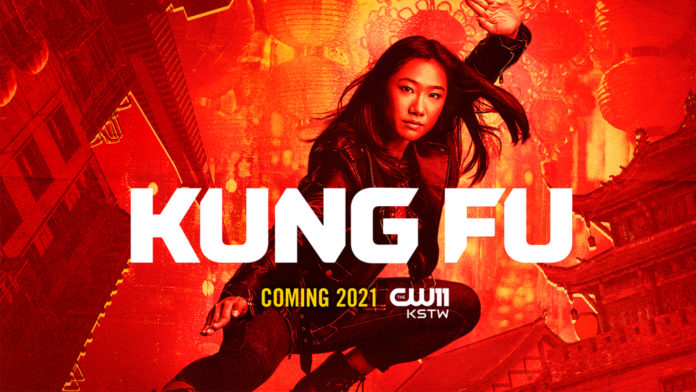 UPDATE: Check out the Trailer for Kung Fu below!

UPDATE: Official images from Kung Fu has been released via Entertainment Tonight.

Lin will play the character of Kerwin, who is the “heir to the billionaire Tan family fortune. He puts on a suave playboy act to the world but is driven by a deep hurt and antipathy towards his father. An erotically charged partnership with (villain) Zhilan will provide Kerwin with just the path to revenge (and vindication) he has been waiting for.”

The CW is currently developing a reboot of the late David Carradine-starring 1970s classic Kung Fu.

Inspired by the original series created by Ed Spielman, the reboot follows “a young Chinese-American woman who drop out of college due to a quarter-life crisis, and goes on a life-changing journey to an isolated monastery in China. But when she returns to find her hometown overrun with crime and corruption, she uses her martial arts skills and Shaolin values to protect her community and bring criminals to justice…all while searching for the assassin who killed her Shaolin mentor and is now targeting her.”