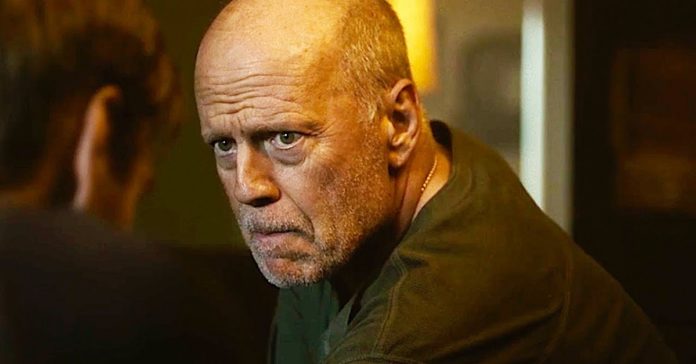 Bruce Willis (Glass) is back in action form in the upcoming thriller Survive The Night.

Synopsis: Screen legend Bruce Willis (Die Hard franchise) drives the action in this gripping home-invasion thriller. After his brother Mathias (Tyler Jon Olson) is mortally wounded in a robbery gone bad, Jamie (Shea Buckner) stalks trauma doctor Rich (Chad Michael Murray, “One Tree Hill”) from the hospital to his home. While holding Rich’s wife and daughter hostage, the unhinged murderer forces Rich to operate on Mathias. But in order for him and his family to survive the night, Rich must team up with his estranged tough-as-nails father, retired sheriff Frank (Willis), in order to gain the upper hand and turn the tables on the criminals.

Survive The Night hits select theaters and on Demand on May 22.